Kerry kicks the ball as Tyrone blocks it with his foot during the Tyrone v Kerry All Ireland Minor Gaelic Football Final, 28th September 1975.

Kerry makes a kick while Tyrone blocks it with his leg during the All Ireland Minor Gaelic Football Final, Tyrone v Kerry in Croke Park on the 28th September 1975. 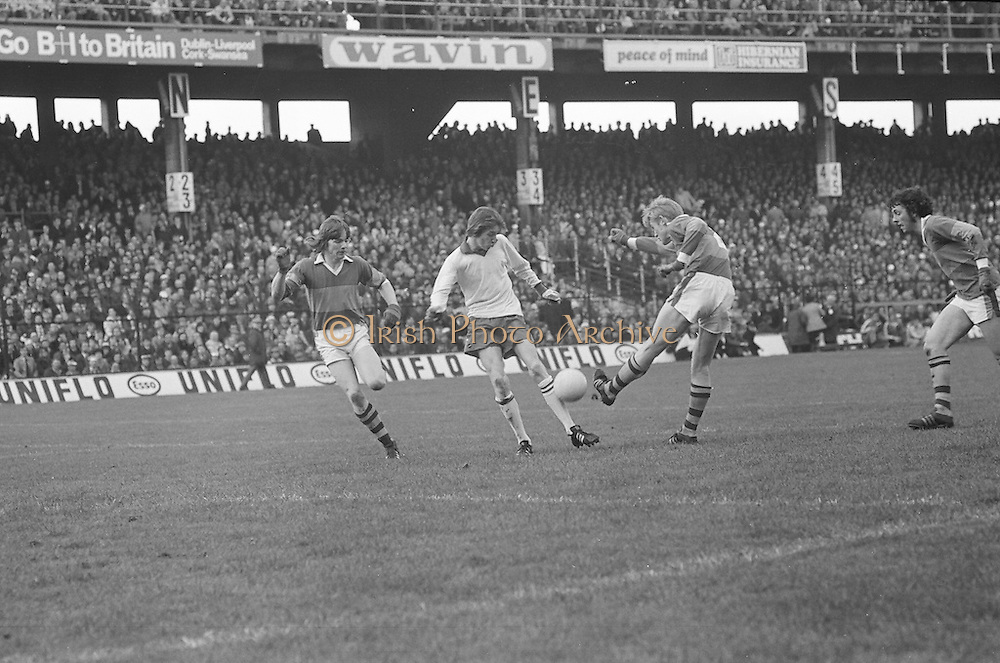