View of the Indians of Terra Del Fuego with a representation of a Hut, and their mode of living'. James Cook (1728-1779) British navigator, explorer and cartographer visited Terra del Fuego, at the south of South America, in January 1769 during his first voyage in the 'Endeavour' (1768-1771). Magellan was the first European to encounter the Fuegians on his voyage of circumnavigation (1519-1522). Engraving from 'Captain Cook's Original Voyages Round the World' (Woodbridge, Suffolk, c1815). 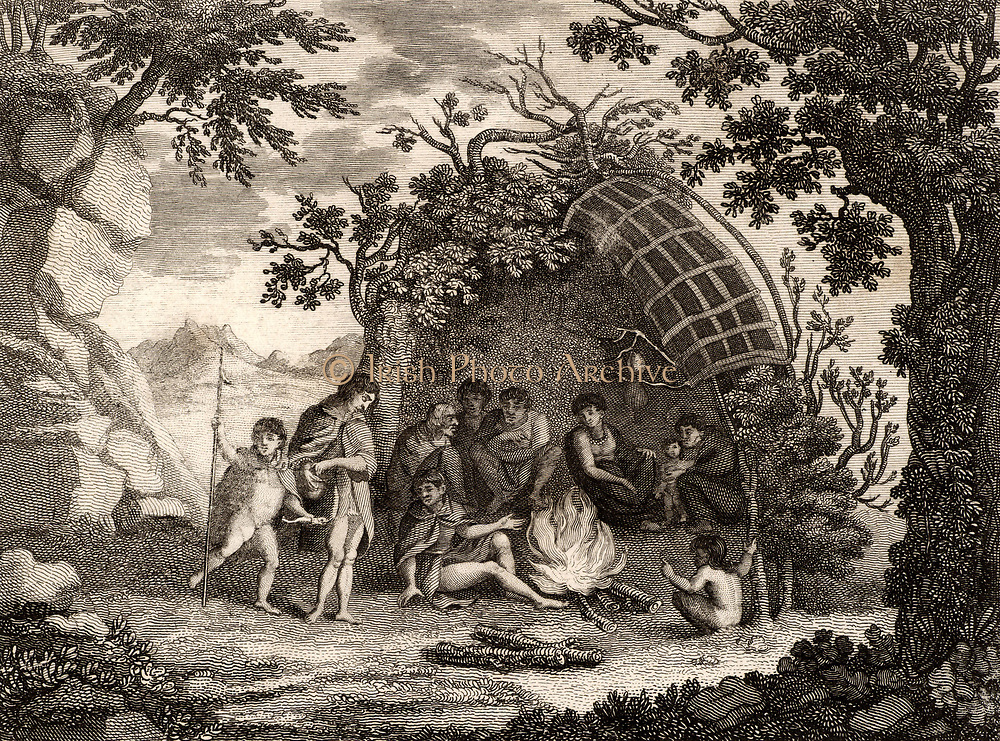