Picture shows some soldiers taking up position during the military exercises. 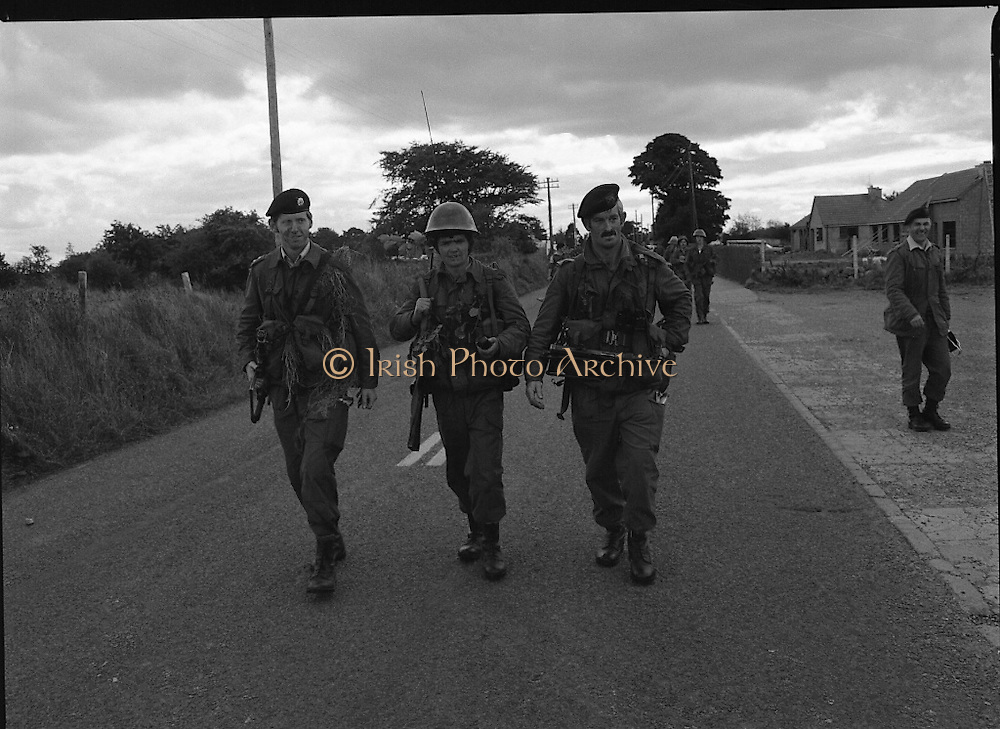