Boxers Leave for Olympics in Melbourne.26/11/1956..Fred Tiedt (South City Dublin) Welter-Weight Boxer ..Frederick 'Fred' Tiedt (16/10/1935 – 15/06/1999) was born in Dublin, Ireland. He was an amateur and professional boxer..Tiedt won a silver medal for Ireland at the 1956 Summer Olympics in Melbourne, Australia in the welterweight division. Tiedt beat opponents from Poland, the United States, and Australia before losing a split decision to Nicolae Linca of Romania. The following year Tiedt won a bronze medal at the European Amateur Boxing Championships in Prague....He turned professional in 1959 but his professional career was not as successful as his amateur career with a points victory over Al Sharpe to gain the Irish Welterweight Title the only highlight. Tiedt finished with a record of 12 wins, 7 defeats and 2 ties. 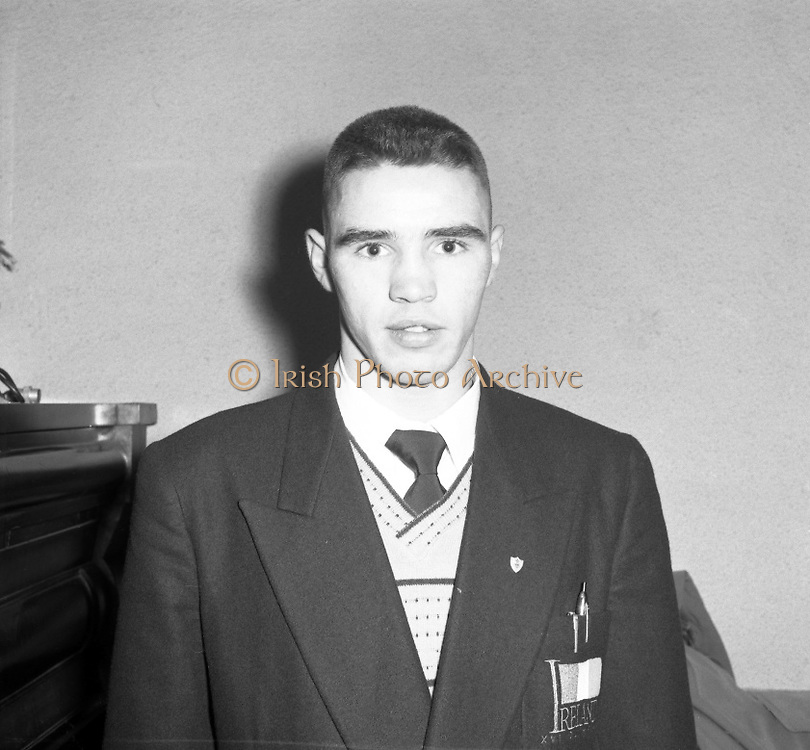