Mass For Edel Quinn. (S3)..1989..13.05.1989..05.13.1989..13th May 1989..A special mass was held in Saint Saviour's Priory,Dominick Street,Dublin, in remembrance of Edel Quinn. Edel Quinn was a major driving force in The Legion of Mary. Edel Quinn was appointed as special envoy to work in Africa and up until her death in Nairobi,from TB, in 1944 she promoted the values of the Legion throughout Africa. The Papal Nuncio, Emanuele Gerada was in attendance at the mass...Image shows Papal Nuncio, Emanuele Gerada and Mr Liam Herlihy, president of the Legion of Mary at the priory for the mass for Edel Quinn. Also included is the Prior of Saint Saviour's. 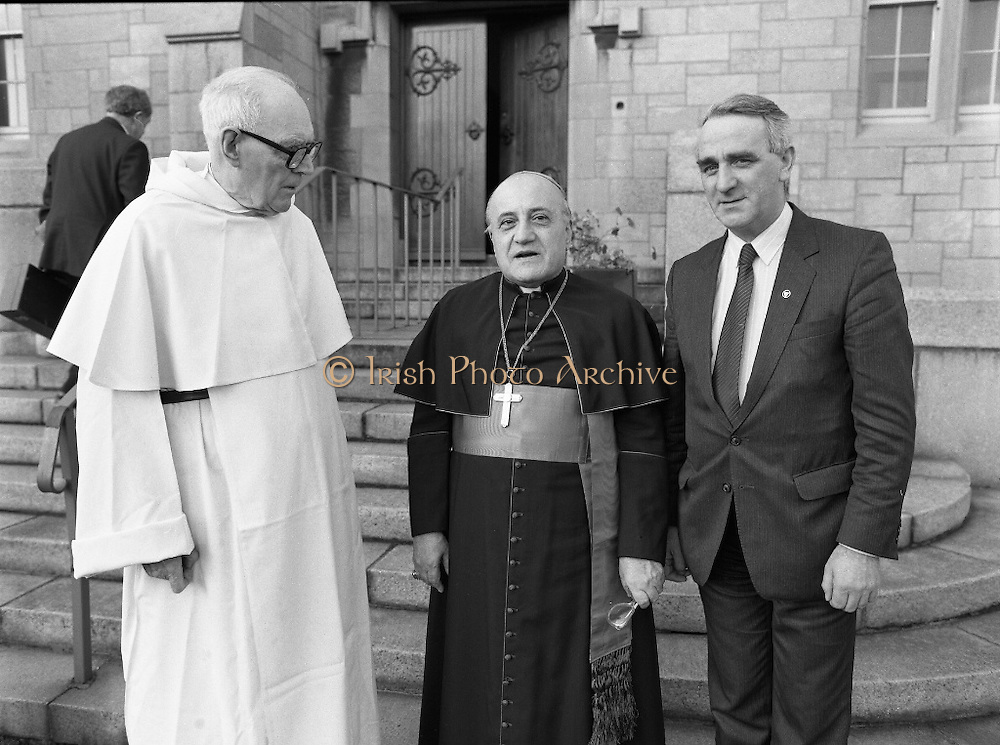