Brandenburg Gate, Berlin. This is a former city gate, rebuilt in the late 18th century as a neoclassical triumphal arch and one of the most well-known landmarks of Germany. It is located west of the city centre. One block to the north stands the Reichstag building. Having suffered considerable damage in World War II, the Brandenburg Gate was fully restored from 2000 to 2002. During the post-war partition of Germany, the gate was isolated and inaccessible immediately next to the Berlin Wall and the area around the gate featured most prominently in the media coverage of the opening of the wall in 1989.The famous statue on top of the gate is Victoria, the goddess of triumph riding atop a four horsed chariot. It was crafted by the sculptor Gottfried Schadow. 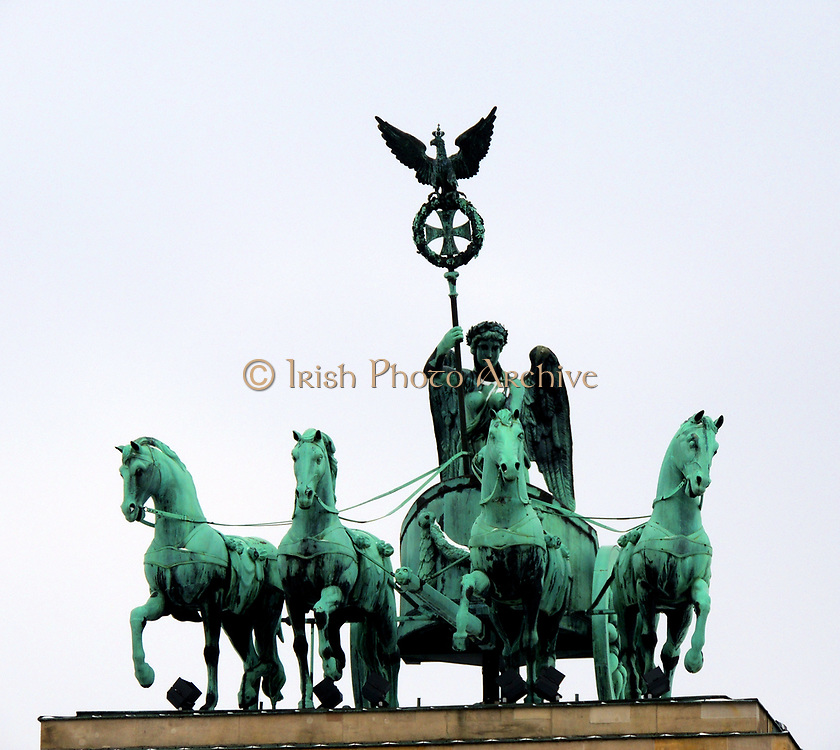