Gael Linn singing competition for children. Final in Co. Kerry. Liam Devally is centre..12/08/1958...Liam Devally's singing career started in Mullingar, Co Westmeath, where he achieved considerable success as a boy soprano. He won the Gold Medal in the 1947 Feis Ceoil; the adjudicator, Dr Sidney Northcote, commented that 'his singing was colourful and he had given a sincere performance.' He went on to win the Silver Medal in the tenor section of the 1954 Feis Ceoil where his test pieces were Fair House of Joy and this song, My Lagan Love, which appears on a number of Irish tenor compilation albums currently available. ..Liam was never a professional singer in the strict sense, preferring to combine his singing with broadcasting work. In 1953, aged twenty, he became one of Radio Eireann's youngest continuity announcers, and later he was a TV and radio presenter and producer with RTE. He performed and travelled extensively, including a tour of the US and Canada with the Irish Festival Singers with whom he recorded at least one album. He appeared twice on the Ed Sullivan show. He also recorded a number of solo albums and singles. ..In the late 1970s, Liam decided to give up full-time broadcasting and embark on a new career as a lawyer. He became a barrister and, in the early 1990s, was appointed a judge of the Circuit Court where he served until his retirement in 2002.. 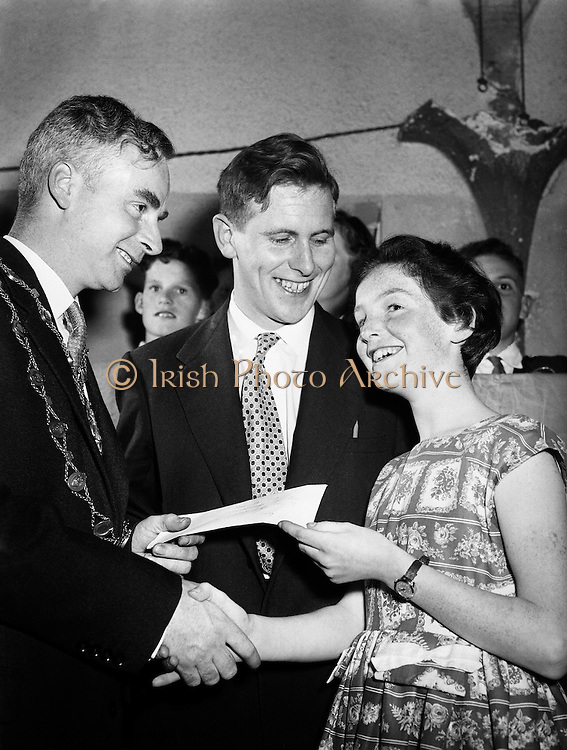