Homo erectus, extinct hominid living between 1.6 million and 250,000 years ago. Homo erectus is thought to have evolved in Africa from H. habilis, the first member of the genus Homo. Anatomically and physiologically, H. erectus resembles contemporary humans except for a stouter bone structure. The size of its braincase (850-1000 cc), approaches that of H. sapiens, but the cranial bones are more massive than either those of H. habilis or modern humans.H. erectus dispersed into Asia more than 1.3 million years ago, and into Europe by at least 400,000 years ago. Fossils of this species were first discovered in 1891 by French anatomist Eugene Dubois in Java. 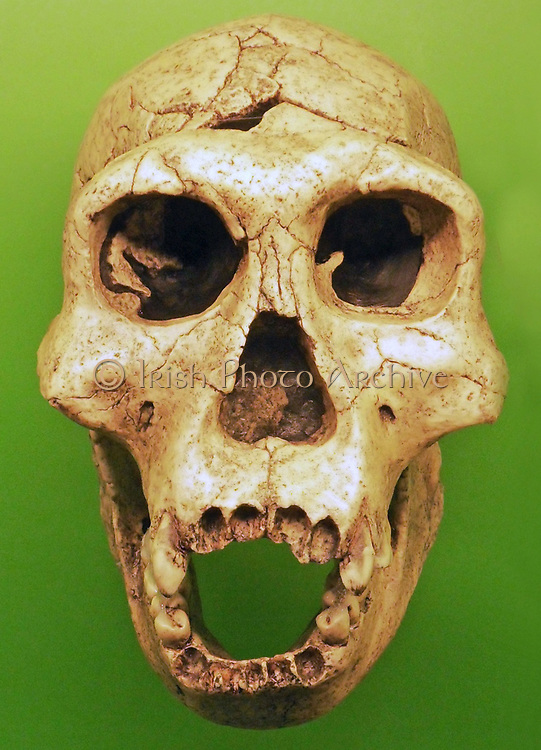