A supporter being removed from the pitch by security during the Dublin V Galway All Ireland Senior Football Championship Final, 22nd September 1974.

A supporter is removed from the pitch by security during the All Ireland Senior Gaelic Football Championship Final Dublin V Galway at Croke Park on the 22nd September 1974. Dublin 0-14 Galway 1-06. 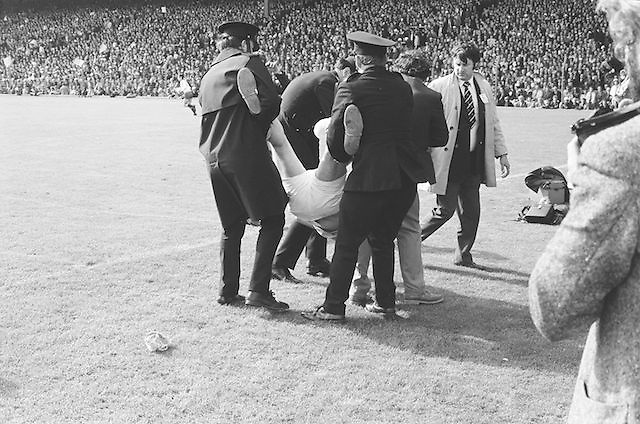