The Alexander Mosaic, dating from circa 100 BC, is a famous Roman floor mosaic originally from the House of the Faun in Pompeii. It depicts a battle between the armies of Alexander the Great and Darius III of Persia and measures 5.82 x 3.13m (19 ft x 10 ft 3in). The mosaic illustrates a battle in which Alexander faced and attempted to capture or kill Darius. Alexander defeated the Persian leader twice, first at the 333 BC Battle of Issus and two years later at the Battle of Gaugamela. The work is traditionally believed to show the Battle of Issus. Detail showing Darius of Persia 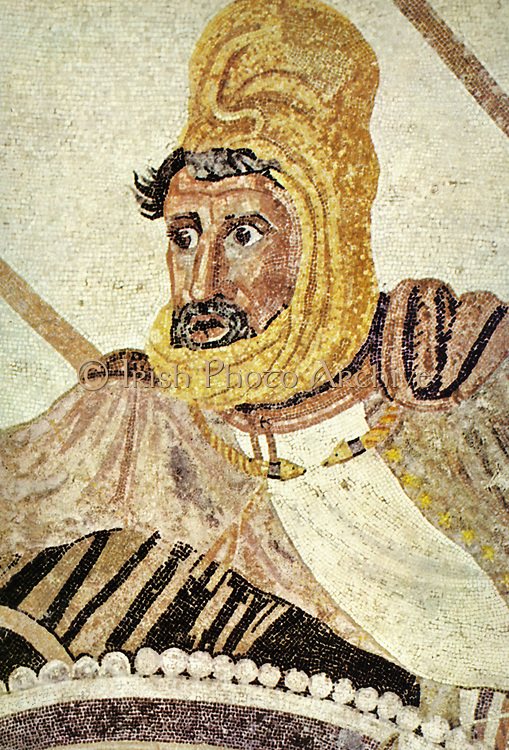