A Useful Manufacture: The 'Raw Material' 'Worked Up'. The Burning of the Royal Navy training ship 'Goliath', 1876. Destitute boys from the London streets and workhouses were given places on board naval training ships such as 'Chichester', 'Arethusa', 'Shaftesbury' and 'Goliath' and trained to become sailors. When fire broke out on the 'Goliath', because of their training, the boys knew their stations and responded to command and were saved. Cartoon by John Tenniel (1820-1914) from 'Punch' (London, 8 January 1876) showing John Bull rescuing the boys from poverty, left, and the boys being resuced from the fire, right. 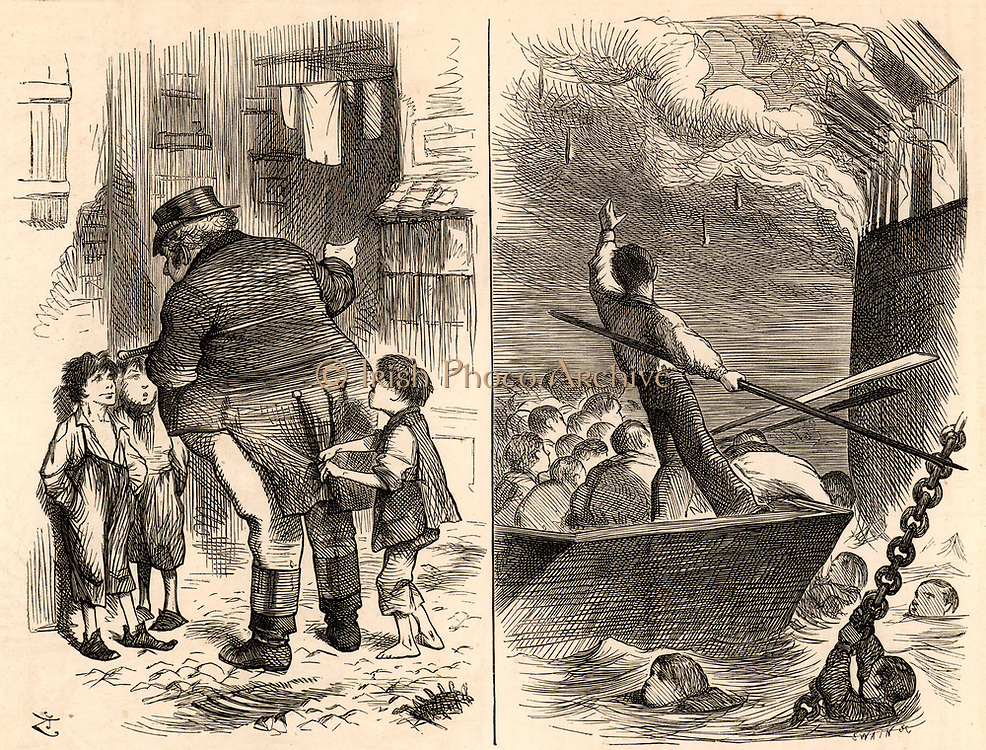