William II, Prince of Orange (1626-1650) was Sovereign Prince of Orange and Stadtholder of the United Provinces of the Netherlands from 14 March 1647 until his death three years later. William was the son of Stadtholder Frederik Hendrik of Orange and Amalia of Solms-Braunfels. On May 2nd 1641, he married Mary Henrietta Stuart, the Princess Royal, eldest daughter of King Charles I of England and Queen Henrietta Maria in the Chapel Royal Whitehall Palace, London. In 1648 he opposed acceptance of the Treaty of Minster, despite the fact that it recognised the independence of the Netherlands. 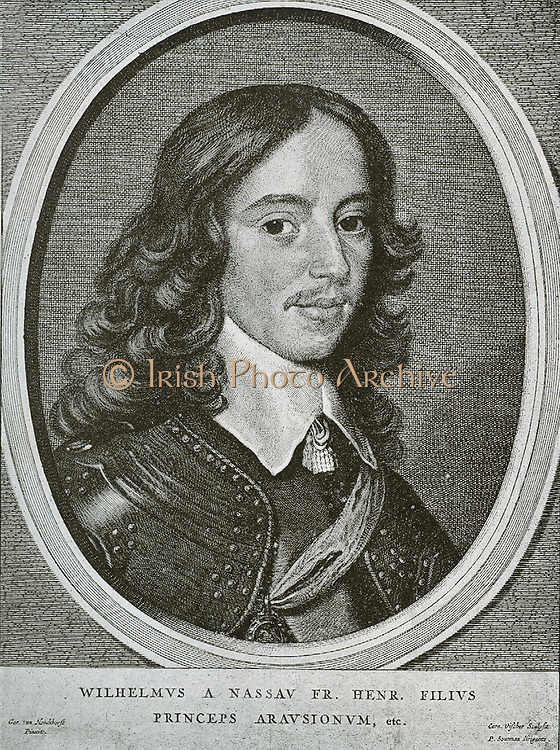