Venus Cloud Tops Viewed by Hubble. This is a NASA Hubble Space Telescope ultraviolet-light image of the planet Venus, taken on January 24 1995, when Venus was at a distance of 70.6 million miles (113.6 million kilometres) from Earth. Venus is covered with clouds made of sulphuric acid, rather than the water-vapour clouds found on Earth. These clouds permanently shroud Venus' volcanic surface, which has been radar mapped by spacecraft and from Earth-based telescope. 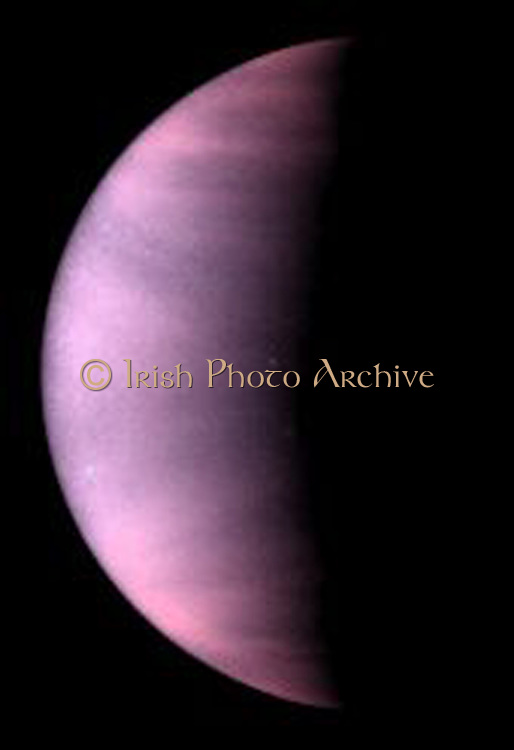