The Rolling Stones Charlie is my Darling - Ireland 1965. .Brian Jones and Mick Jagger play to the crowd at the Adelphi Theatre.

Historic Irish Photographs To Feature in New Rolling Stones DVD Release...Fourteen never before seen photographs of The Rolling Stones, which were shot in Dublin in 1965, are to feature prominently in a new DVD and Blu-Ray, which is being released on November 2...The Rolling Stones Charlie is My Darling - Ireland 1965 film has its world premiere in New York on Saturday, September 29, and will then receive an international release. (see details below).Picture Caption.The Rolling Stones Charlie is my Darling - Ireland 1965 .Guitarist Brian Jones and Mick Jagger play to the crowd at the Adelphi Theatre, Middle Abbey Street, Dublin. This was the band's second Irish tour of 1965...The DVD of the film will be released on November 2 and the film box set and 42-page Collector's Edition hardcover book includes 14 never before seen images that have been painstakingly restored by the Irish Photo Archive. The original images were shot by Lensmen Photographic Agency, which was established in 1952 and is still a prominent Dublin-based photography company..The images were taken on September 3 1965, when the movie was shot on a quick weekend tour of Ireland just weeks after ?(I Can't Get No) Satisfaction? hit No. 1 on the charts and became the international anthem for an entire generation. The images feature the band at Dublin Airport, performing at the Adelphi, backstage and at Connolly Station. The Rolling Stones photographs will be on public display in the mezzanine area of Terminal 1 at Dublin Airport from November..The Stones photos, were recently discovered when the Irish Photo Archive was being catalogued. The archive is a treasure trove of more than two million photos, including many other celebrity photos that have never been published..The Rolling Stones images are online at www.irishphotoarchive.ie Please credit www.irishphotoarchive.ie published any of our images and link to our web site, Many thanks..For further information contact:.Office 353 01 819 7738 (office hours 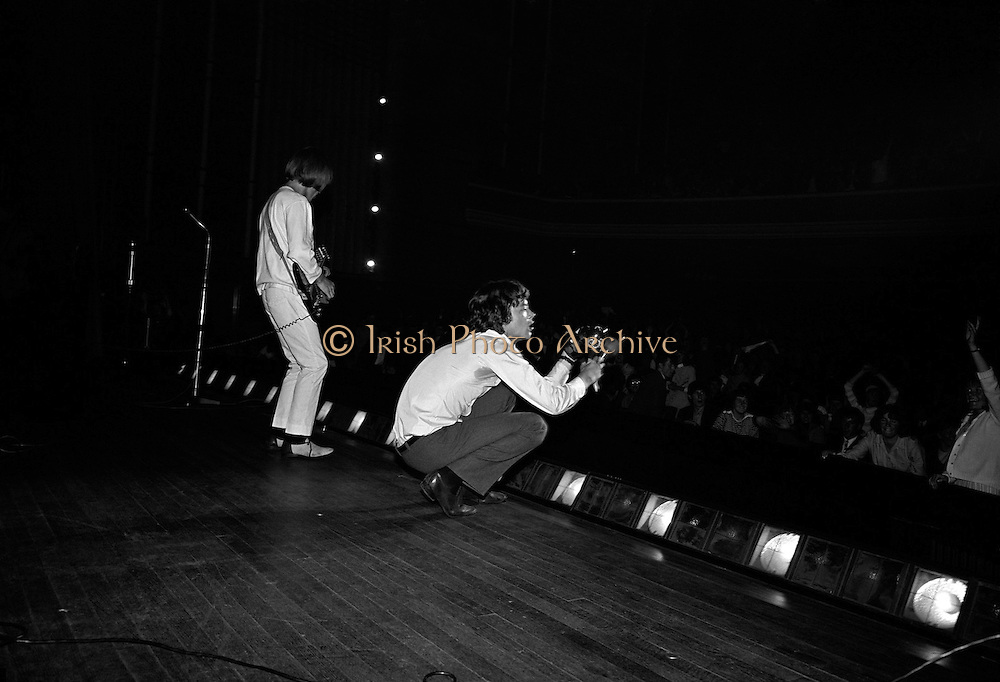