Pieter Pietersen Heyn (1577-1629) was a Dutch Naval officer and folk hero during the Eighty Years' War between the United Provinces and Spain. He became a sailor while still a teenager and served as a galley-slave for four years when he was traded for Spanish prisoners. In 1607 he joined the Dutch East India Company and left for Asia, returning with the rank of captain. He married and settled in Rotterdam. In 1623 he became a vice-admiral and sailed to the West Indies the following year. In Brazil, he briefly captured the Portuguese settlement of Salvador, personally leading the assault on the sea fortress and town. Heyn is today often called a pirate, though he was a privateer as the Republic was at war with the Habsburgs and this was what would make Heyn most famous. 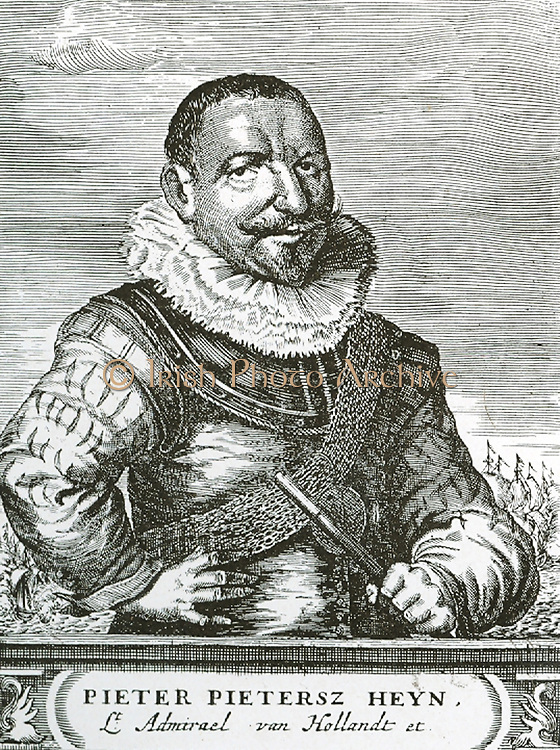