Taoiseach Meets With Guildford Four. T9..1989..03.11.1989..11.03.1989..3rd November 1989..An Taoiseach, Charles Haughey TD,met with Paul Hill and Gerard Conlon,two of the Guildford Four. The Guildford Four had been wrongly convicted of a pub bombing and were subsequently released on appeal after 14 years. They had not been compensated for their time in prison and were meeting with the Taoiseach to highlight the injustices they had suffered...Image shows the media scrum at the photocall with Paul Hill and Gerard Conlon in Government Buildings in Dublin. 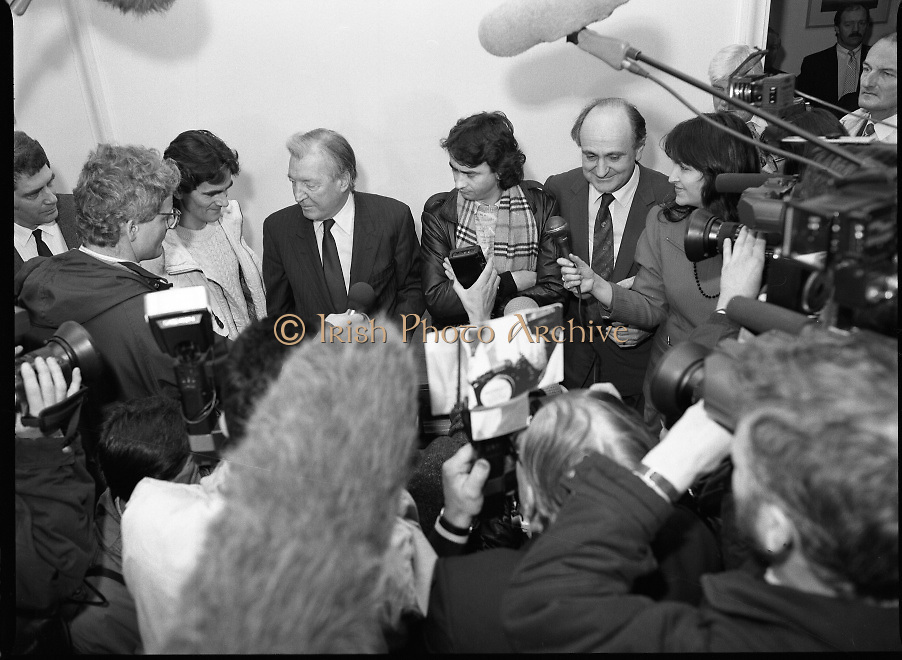