New Taoiseach, Sean Lemass, elected .23/06/1959 ..Seán Francis Lemass (15 July 1899 - 11 May 1971) was one of the most prominent Irish politicians of the 20th century. He served as Taoiseach (Prime Minister) from 1959 until 1966..A veteran of the 1916 Easter Rising, the War of Independence and the Civil War, Lemass was first elected as a Sinn Féin Teachta Dála (TD) for the Dublin South constituency in a by-election on 18 November 1924 and was returned at each election until the constituency was abolished in 1948, when he was re-elected for Dublin South-Central until his retirement in 1969. He was a founder-member of Fianna Fáil in 1926, and served as Minister for Industry and Commerce, Minister for Supplies and Tánaiste in successive Fianna Fáil governments..Lemass is widely regarded as the father of modern Ireland, primarily due to his efforts in facilitating industrial growth, bringing foreign direct investment into the country, and forging permanent links between Ireland and the European community. 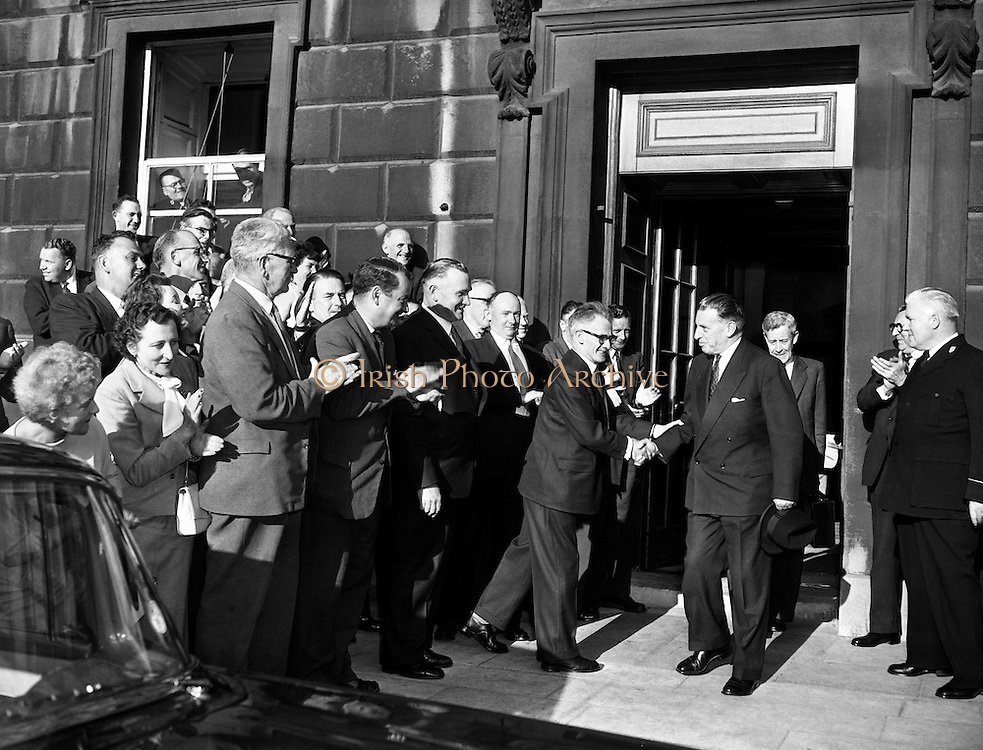