Statuette of Pollux in the Metropolitan Museum of Art, New York, NY. Marble Roman, first half 3rd century AD. In myth, the twins shared the same mother but had different fathers (immortal Zeus and motel Tyndareus). Pollux was immortal and Castor was mortal. When Castor was killed, Pollux asked Zeus to let him share his own immortality with his twin to keep them together and they were transformed into the Gemini constellation. The pair were regarded as the patrons of sailors, to whom they appeared as St. Elmo's fire. 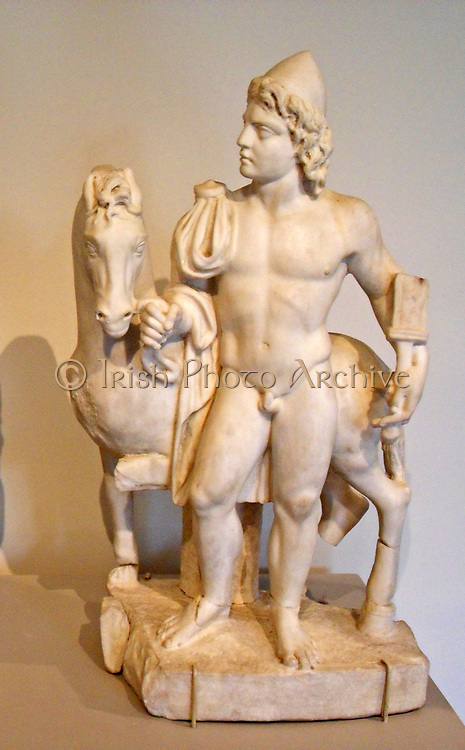