In 1884, Maud Gonne’s father died of typhoid fever, and she received a considerable inheritance. After moving to France to be with her aunt, Gonne met and fell in love with right wing politician Lucien Millevoye. Though he was already married, he instilled Gonne with his political passions.

Moved by the plight of those evicted in the Land Wars, Maud Gonne continued to campaign for the Irish nationalist cause.

In 1897, along with Yeats and Arthur Griffith, she organized protests against Queen Victoria's Diamond Jubilee. On Easter 1900, she founded Inghinidhe na hÉireann ("Daughters of Ireland"), a revolutionary women's society, to provide a home for Irish nationalist women who, like herself, were considered unwelcome in male-dominated nationalist societies. In April 1902, she took a leading role in Yeats's play Cathleen Ní Houlihan.
Maud married Major John MacBride in Paris in 1903. The following year, their son, Seán MacBride, was born. John MacBride was a veteran who had led the Irish Transvaal Brigade against the British in the Second Boer War. MacBride was executed in May 1916 along with James Connolly and other leaders of the Easter Rising.

In 1918, Maud Gonne was arrested for being a political agitator. She became severely ill in prison and after her release, she began a crusade for improved conditions for Ireland’s political prisoners.
Sean MacBride, was active in politics and was awarded the Nobel Peace Prize in 1974. Maud Gonne’s autobiography, A Servant of the Queen, was published in 1938.
She died in Clonskeagh, aged 86 and is buried in Glasnevin Cemetery, Dublin. 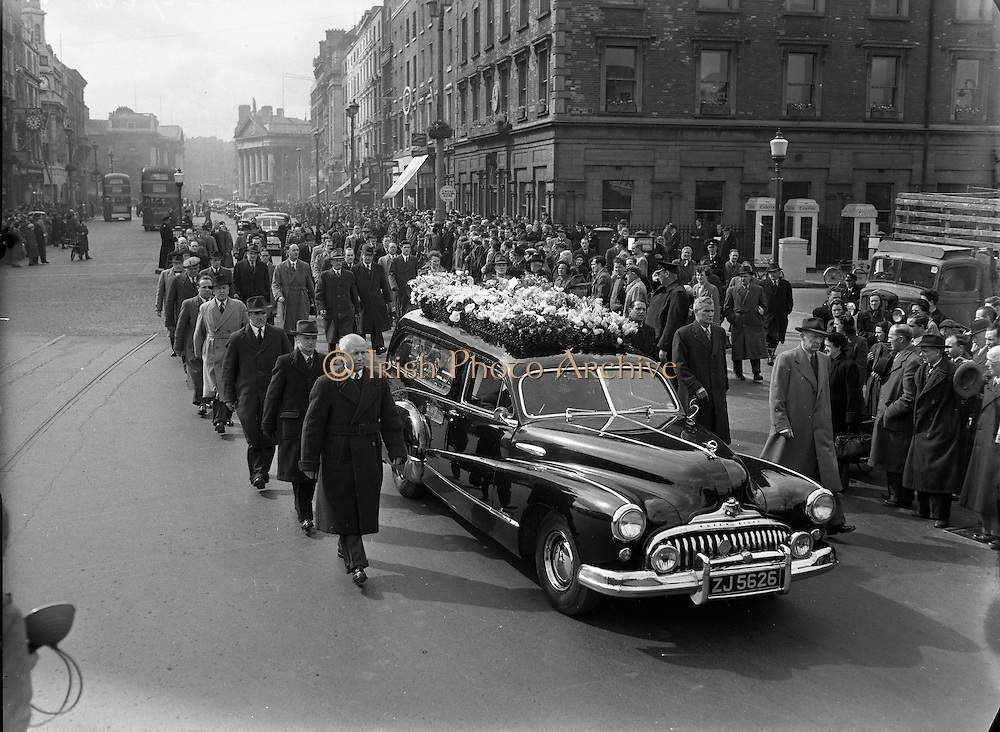