Mr Louis O'Connell at High Court with his Barrister Mr Sean MacBride. Court case in question was Lenihan vs O'Connell (Special for Kerryman).12/05/1958..From Con Houlihan ‘The back pages of village life’..http://www.independent.ie/opinion/columnists/con-houlihan/poetic-licence-1421362.html..‘The Taxpayers’ News’, a magazine based in Kerry, was owned by Charlie Lenihan. He was a wealthy man that went into politics. Charlie got elected to the county council with a big majority and failed by a few hundred votes to get elected to the Dail. He would have won that election handsomely if he didn't despise number-two votes and told people who offered what to do with them. He had a drink problem and eventually it brought him to a rather early grave. ..One day on his way to Dublin to get the publication printed Mr Lenihan made changes to the text. He referred to Louis O'Connell, a solicitor and a county councillor, as "crooked in his business and in his politics". A libel action followed in which Lenihan hadn't a hope. ..Sean McBride was representing Louis O'Connell and, of course, he won easily. Sean had a slight speech defect - he couldn't pronounce a certain consonant in the alphabet. He gave a hitch unto his gown and with a piercing look said: "Come tell me, Mr Lenihan, did you call this man a cook?" There was loud laughter until eventually we paid for it. The damages were heavy and eventually led to the demise of a brave little magazine. ...Seán MacBride (26/01/1904 – 15/01/1988) was an Irish government minister and prominent international politician as well as a Chief of Staff of the IRA..Rising from a domestic Irish political career, he founded or participated in many international as well as non-governmental organizations of the early 20th century, including the United Nations, the Council of Europe, and Amnesty International. He received the Nobel Peace Prize in 1974, the Lenin Peace Prize for 1975–76, and the UNESCO Silver Medal for Service in 198 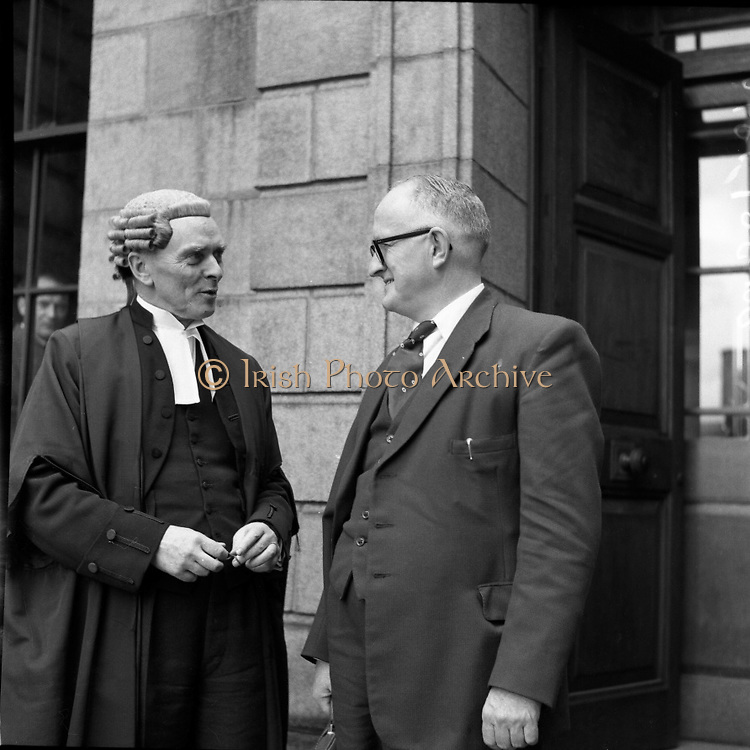