Artist's concept of what the night sky might look like from a hypothetical alien planet in a star system with an asteroid belt 25 times as massive as the one in our own solar system. In our solar system, anybody observing the skies on a moonless night far from city lights can see the sunlight that is scattered by dust in our asteroid belt. Called zodiacal light and sometimes the 'false dawn,' this light appears as a dim band stretching up from the horizon when the Sun is about to rise or set. The light is faint enough that the disk of our Milky Way galaxy remains the most prominent feature in the sky. The Milky Way disk is shown perpendicular to the zodiacal light 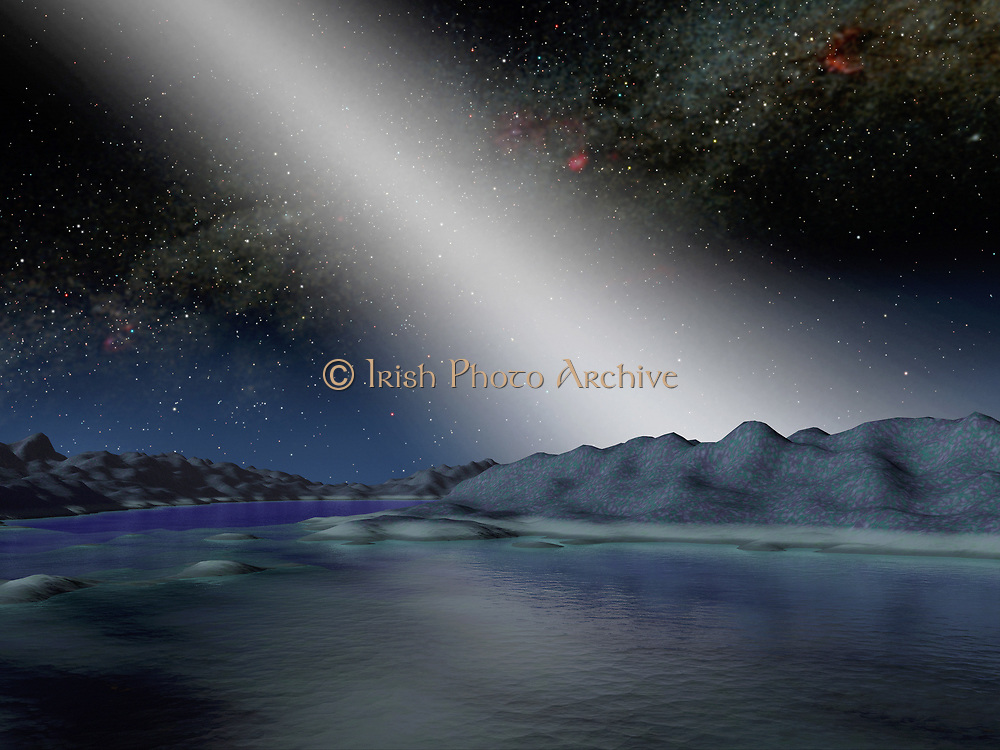