these images were taken through the clear filter of Galileo's on-board solid state imaging camera system on November 9, 1996. The resolution is approximately 24 kilometres (14 miles) per picture element along Jupiter's rings. Because the spacecraft was only about 0.5 degrees above the ring plane, the image is highly foreshortened vertically. The images were obtained when Galileo was in Jupiter's shadow, peering back toward the Sun, when the ring was approximately 2.3 million kilometres (1.4 million miles) away. The view of Earth's moon in the explanatory graphics was created from images returned by the Clementine lunar Orbiter, launched in 1994 by NASA and the Ballistic Missile Defence Organization. 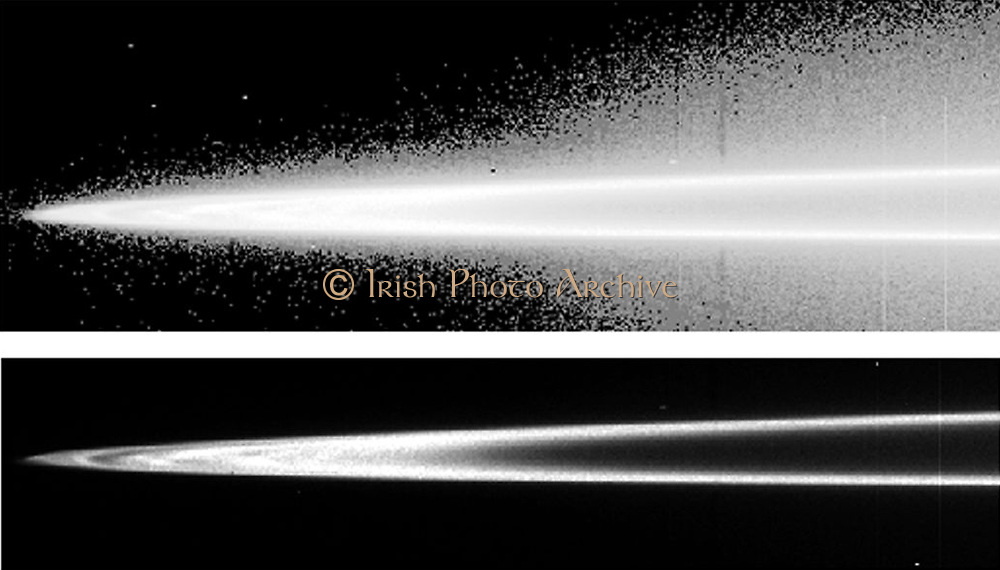