Margaret Burke Sheridan (second from right), La Scala Milan, at Inauguration of Italian Cultural Institute.20/04/1954..Margaret Burke-Sheridan (15/10/1889 —16/04/1958) was an Irish opera singer. Born in Castlebar, Co Mayo, Ireland, she was known as Maggie from Mayo and is regarded as Ireland's second prima donna (after Catherine Hayes (1818-1861))..She was a soprano and for 12 years performed at La Scala and Covent Garden where she enthralled the opera-goers. When she played the part of Madame Butterfly, Puccini was spellbound. Bríd Mahon in her 1998 book While Green Grass Grows p 123, states that: “It was rumoured that an Italian whose overtures she had rejected had blown his brains out in a box in La Scala, Milan, while she was on stage and that after the tragedy she never sang in public again.” She died in relative obscurity in 1958 and her remains buried in Glasnevin cemetery, Dublin.. 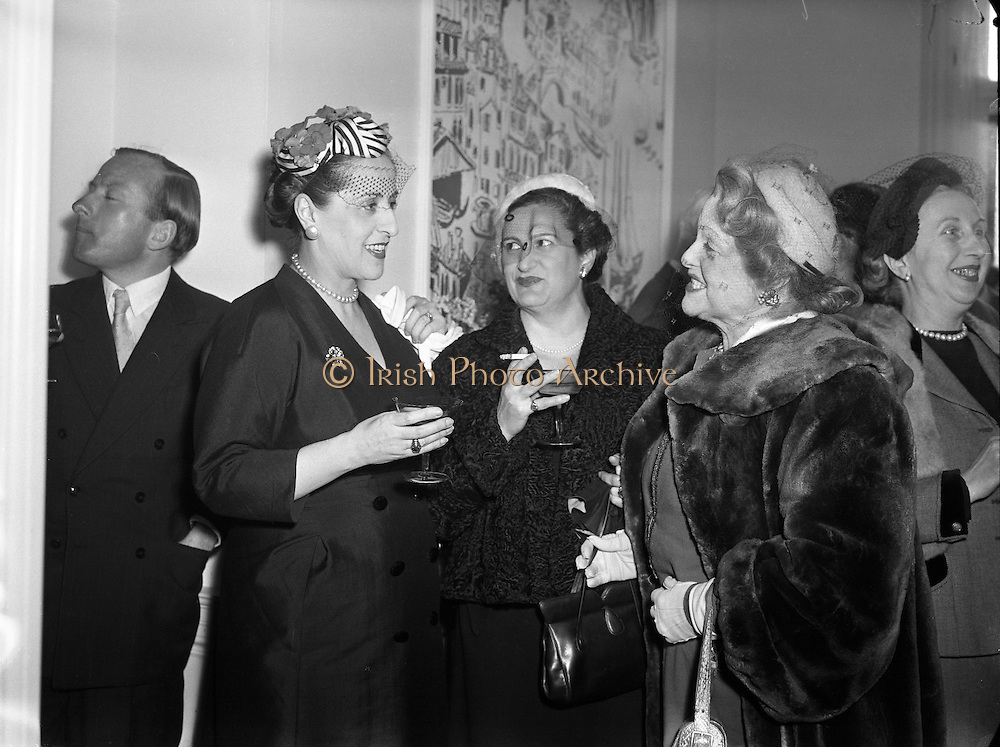