Ronnie Delaney Welcomed Home from Melbourne at Mansion House.19/12/1956..Ronald Michael Delany (06/03/1935), better known as Ron or Ronnie is a former Irish athlete, who specialised in middle distance running..Born in Arklow, Delany moved with his family to Dublin when he was 6. His father had got a job in Jacobs Biscuit Factory and there Delany went to Catholic University School..Delany studied in the United States at Villanova University, where he was coached by the well-known track coach Jumbo Elliott. His first achievement of note was reaching the final of the 800m at the 1954 European Championships in Bern..In 1956, he became the seventh runner to join the club of Four-minute milers, but nonetheless struggled to make the Irish team for the 1956 Summer Olympics held in Melbourne..Delany qualified for the Olympic 1500 m final, in which home runner John Landy was the big favourite. Delany kept close to Landy until the final lap, when he started a crushing final sprint, winning the race in a new Olympic Record.[3] Delany thereby became the first Irishman to win an Olympic title in athletics since Bob Tisdall in 1932..Delany won the Bronze medal at the 1958 European Championships at 1500m.Delany went on to represent Ireland once again at the 1960 Summer Olympics held in Rome, this time in the 800 metres. He finished 6th in his quarter-final..He remained the last Olympics champion of Ireland for 36 years, until Michael Carruth won the gold medal in boxing at the 1992 Olympics in Barcelona..Delany continued his running career in North America, winning four successive AAU titles in the mile, adding to his total of four Irish national titles, and three NCAA titles. He was next to unbeatable on indoor tracks over that period, which included a 40-race winning streak. He broke the World Indoor Mile Record on three occasions..He was granted the Freedom of Dublin City in 2006.Was also conferred with an honorary Doctor of Laws Degree by University College Dublin in 2006. Now 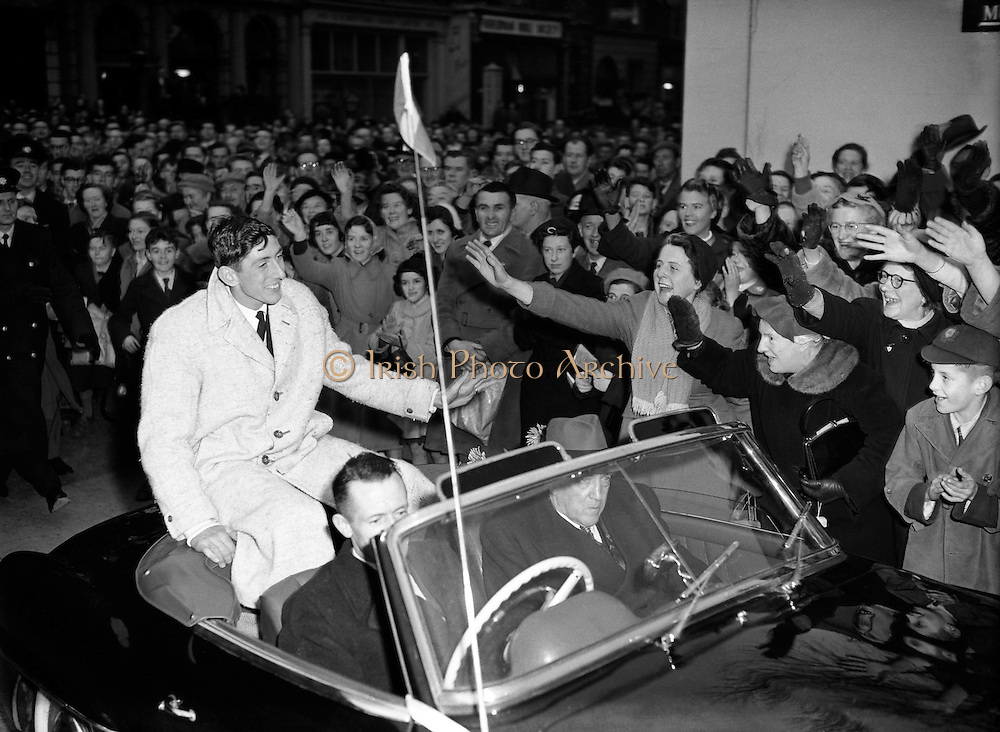