People Of The Year Awards. (R91)..1988..22.11.1988..11.22.1988..22nd November 1988..This is the fourteenth year of the People of the Year Awards, sponsored by the New Ireland Assurance Company plc. The awards will be presented by Mr Ray Burke TD, Minister of Energy and Communications. Eight people have been nominated this year..Mr Ollie Jennings, for his contribution to community and cultural life of Galway City..Mr Jack Charlton, for restoration of pride to the Irish Soccer team..Ms Carmencita Hederman, For her efforts to instill a community spirit in Dublin..Maureen O'Mahony, for her dedication in assisting the sick and elderly in the Bantry area..Mr Tommy Boyle, for his contribution in having the Garda band ranked as one of the top bands in the world..Ms Alice Leahy, for a lifetime commitment in providing medical care to the Dublin Homeless..Ms Norma Smurfitt, for her voluntary contribution to the work of the Arthritis Foundation Of ireland..Mr Gordon Wilson, for his commitment to peace and reconcilliation in Northern Ireland...Image shows (seated) Carmencita Hederman, Alice Leahy, Ray Burke TD, Norma Smurfit and Maureen O'Mahony..Back, Joe Treacy, Rehab, Ollie Jennings,Jack Charlton,Gordon Wilson,Tommy Boyle and Eoin Ryan,New Ireland at the award ceremony in the Burlington Hotel, Dublin. 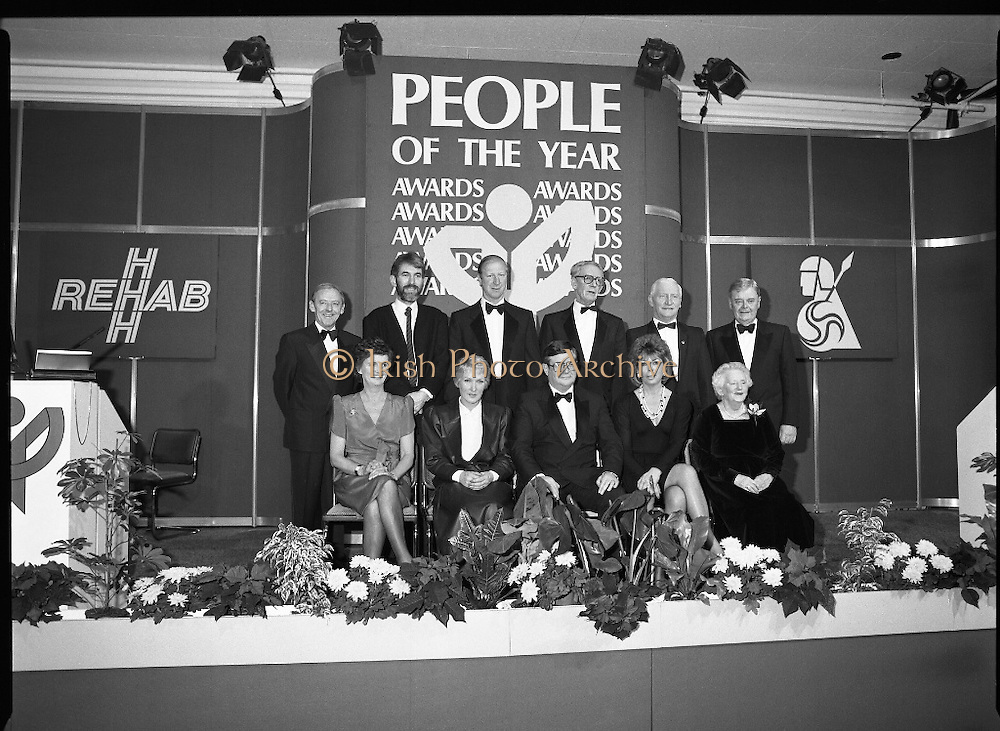