Vivian Leigh with Noel Coward at Olympia Theatre.04/10/56..Vivien Leigh, Lady Olivier (05/11/1913 - 07/07/1967) was an English actress. She won the Best Actress Academy Award for her portrayal of Blanche DuBois in A Streetcar Named Desire (1951), a role she also played on stage in London's West End, as well as for her portrayal of the southern belle Scarlett O'Hara, alongside Clark Gable, in the epic American Civil War drama Gone with the Wind..She was a prolific stage performer, frequently in collaboration with her then-husband, Laurence Olivier, who directed her in several of her roles. During her 30-year stage career, she played roles ranging from the heroines of Noël Coward and George Bernard Shaw comedies to classic Shakespearean characters such as Ophelia, Cleopatra, Juliet and Lady Macbeth..Lauded for her beauty, Leigh felt that it sometimes prevented her from being taken seriously as an actress. However, ill health proved to be her greatest obstacle. For much of her adult life Leigh suffered from bipolar disorder. She earned a reputation for being difficult to work with, and her career suffered periods of inactivity. She also suffered recurrent bouts of chronic tuberculosis, first diagnosed in the mid-1940s. Leigh and Olivier divorced in 1960, and she worked sporadically in film and theatre until her death from tuberculosis in 1967..Sir Noël Peirce Coward (16/12/1899 - 26/03/) was an English playwright, composer, director, actor and singer, known for his wit, flamboyance, and what Time magazine called "a sense of personal style, a combination of cheek and chic, pose and poise"..Born in Teddington, a suburb of London, Coward attended a dance academy in London as a child, making his professional stage début at the age of eleven. As a teenager he was introduced into the high society in which most of his plays would be set. Coward achieved enduring success as a playwright, publishing more than 50 plays from his teens onwards. Many of his works, such as 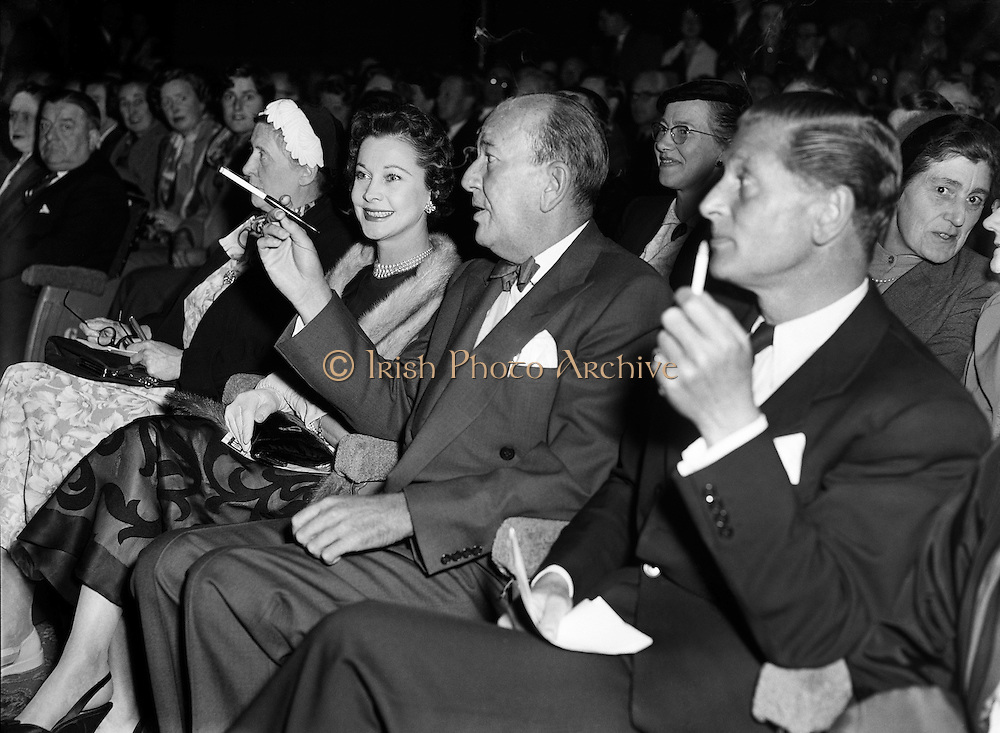