Dr Noel Browne TD Receives a Fainne at Belvedere Hotel.14/11/1953..Noël Christopher Browne (20/12/1915 - 21/05/1997) was an Irish politician and doctor. He holds the distinction of being one of only five Teachtaí Dála (TDs) to be appointed Minister on their first day in the Dáil. His controversial Mother and Child Scheme in effect brought down the First Inter-Party Government of John A. Costello in 1951..Browne was a well-known but at times highly controversial public representative and managed to be a TD for five different political parties (two of which he co-founded). These were Clann na Poblachta (resigned), Fianna Fáil (expelled), National Progressive Democrats (co-founder), Labour Party (resigned) and the Socialist Labour Party (co-founder).. 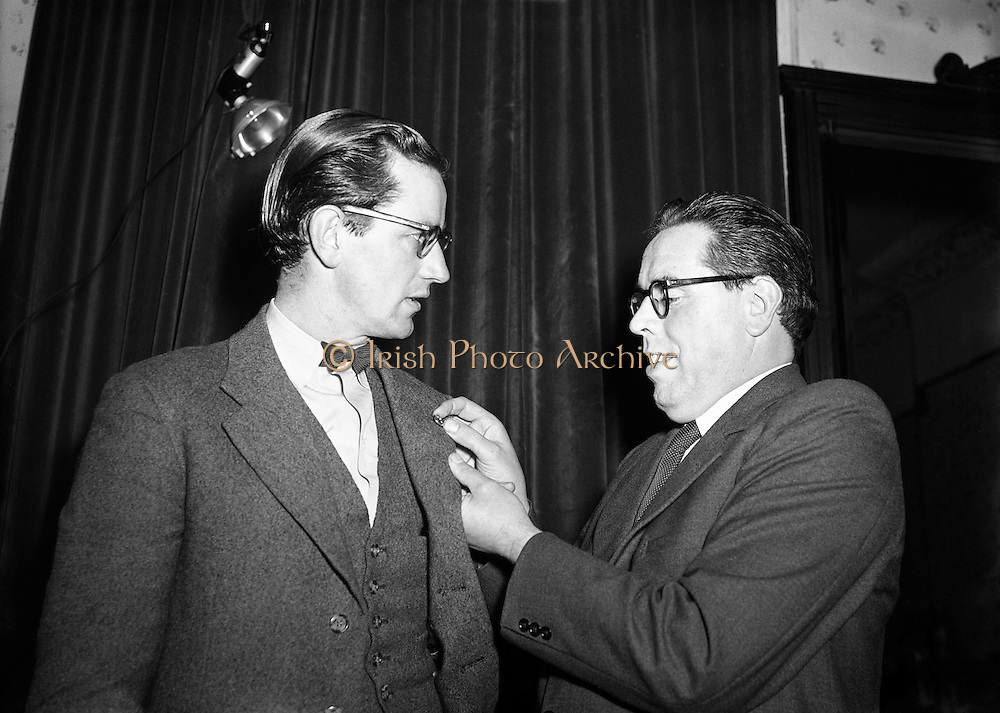