Liam Cosgrave Votes In General Election (E47).1973..28.02.1973..02.28.1973..28th February 1973..After sixteen consecutive years of Fianna Fail Government the Irish people went to the polls today to elect a new government. Mr Liam Cosgrave hoped that a coalition with Labour would oust the current office holders...Photograph shows the arrival of Mr Liam Cosgrave with his wife Vera at Ballyroan School,Rathfarnham.It was here that they would cast their votes in the general election. 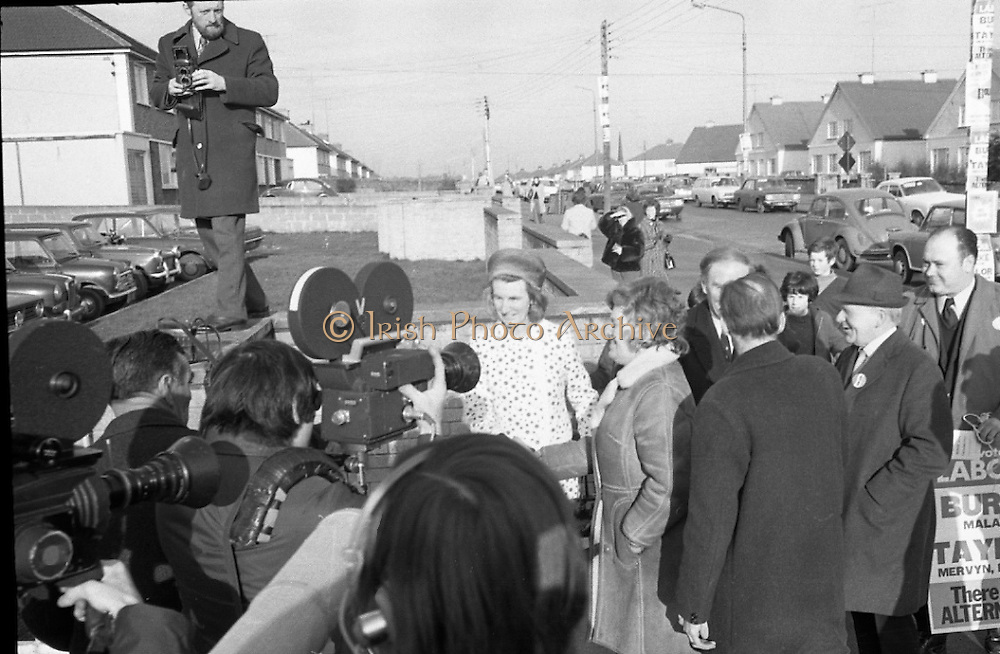