Werburgh Labour Exchange - Unemployed Meeting.03/04/1957..Early in 1957 a group of building workers came together at the Werburgh Street (Dublin) Labour Exchange and discussed the prospects of finding employment. They decided that the only hope was to organise the unemployed to demand work. They borrowed a chair from a nearby shop and began a public meeting. From that meeting an Unemployed Protest Committee [UPC] was formed which included such persons as Liam O'Meara, Jack Murphy, Sam Nolan, Packey Early, Steve Mooney and Johnny Mooney...Read More at: http://dublinopinion.com/2010/05/09/sam-nolan-and-the-unemployed-protest-committee-1957-58-part-one/#more-3031 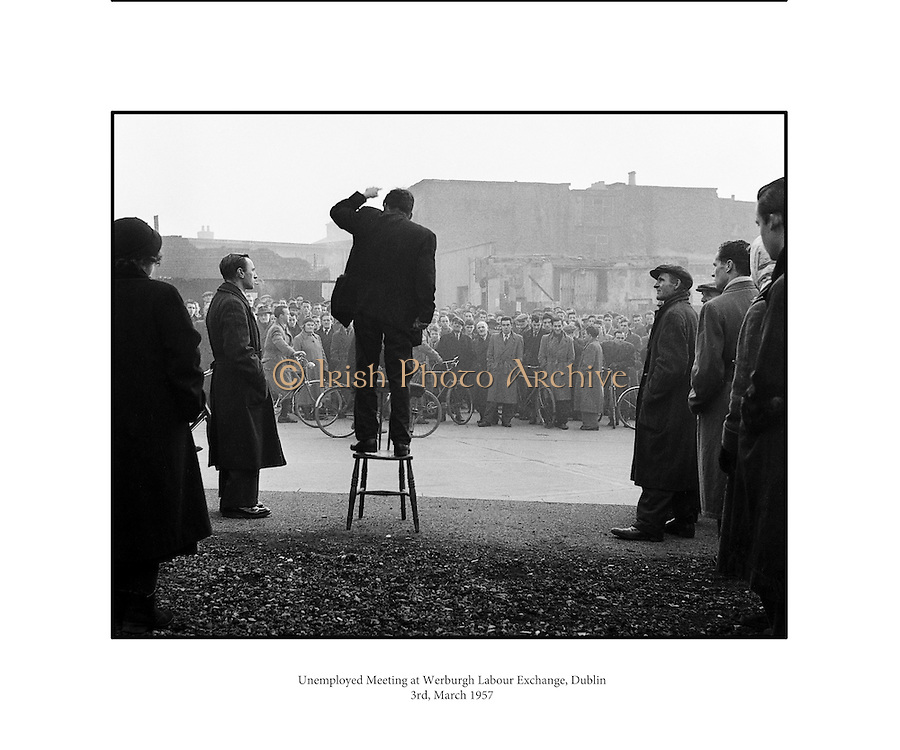