Mr Seamus Murphy, Cork - Sculptor .17/07/1958.. Seamus Murphy (1907-1975).One of the giants of Cork art, and an important figure in the 20th century history of Irish art, Seamus Murphy was a traditional sculptor, best known for his ecclesiastical limestone statues and portrait heads. Influenced at an early stage in his life by intellectual revisionist Daniel Corkery, his most notable works include Saint Brigid and the Twelve Apostles, San Francisco, ras an Uachtar in Dublin and the United Nations Monument in Glasnevin, Dublin...Murphy was born in 1907 near Mallow in Cork, his father James Murphy was a railway employee. He attended St. Patrick's National School in Cork between 1912-1921, where he became the pupil of Daniel Corkery who gave him his first drawing lessons. In 1921, on the advice of Corkery, he entered the Crawford School of Art to study modelling..Between 1922-1930 he became an apprentice stone carver at John Aloysius O'Connor's Art Marble Works, Cork. Murphy started his career at a difficult time for visual arts in Ireland. The country had just been through a war for Independence and a Civil war, and art was not a priority for the newly formed government. Funds from state and private individuals were scarce, Murphy lacked the contacts of Dublin sculptors like Albert Power, and headstones, the bread-and-butter of a stone mason's life, were starting to be mass-produced by machinery..Conservatism dominated Ireland for decades, but despite this, Murphy, ever an optimist, was able to forge a career for himself. His first break came in 1931 when he was awarded the Gibson Bequest Scholarship Exhibits at the Royal Hibernian Academy Exhibition. In 1932 he studied at the Acadamie Colarossi in Paris for a year under the American Sculptor Andrew O'Connor..In 1934 he returned home and opened a studio and stoneyard in Blackpool, Cork. His first commissions included Clonmult Memorial at Midleton, 2 statues for Bantry Church, and a carved figure of St Gobnait in Bally 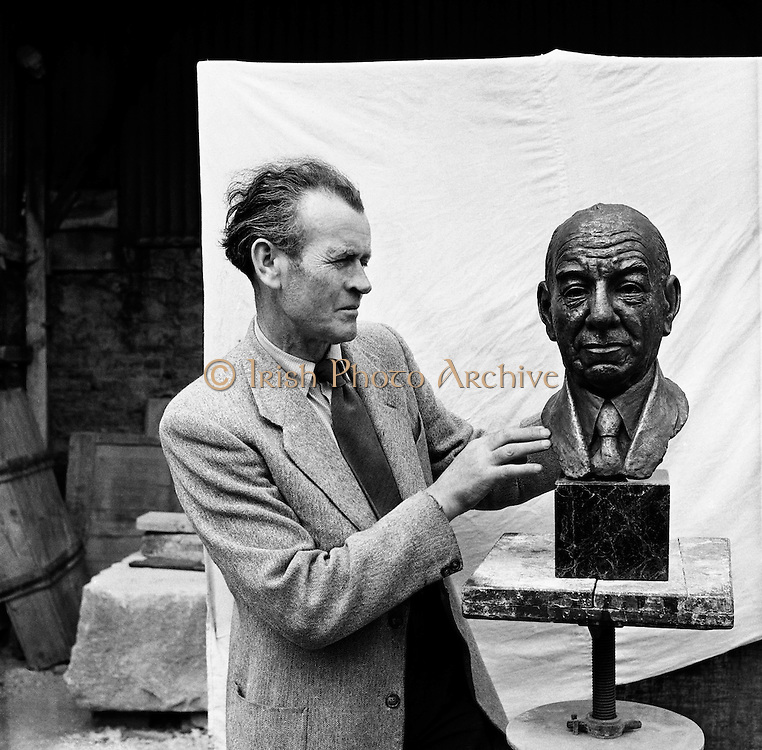