Mmap combining data from NASA's Fermi Gamma-ray Space Telescope is giving astronomers an unprecedented look at the high-energy cosmos. The universe is ablaze with gamma rays from sources within the solar system to galaxies billions of light-years away. This X-ray image of the entire sky was constructed with Sky view, using data from the first High Energy Astronomy Observatory (HEAO 1), and plotted in a coordinate system centred on the galactic centre with the north galactic pole at the top. Sources near the galactic centre are seen to dominate in this false colour map which shows regions of highest X-ray intensity in yellow. 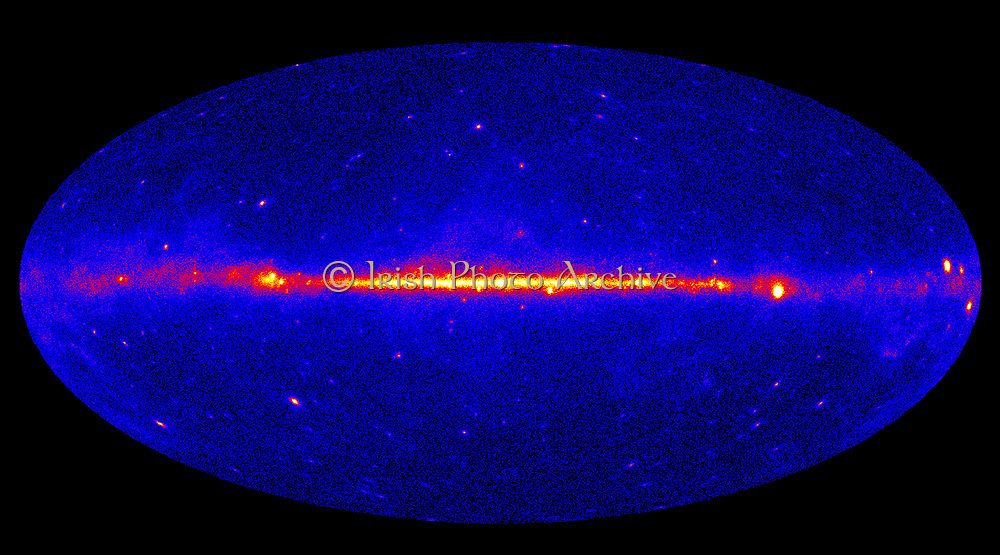