Star Cluster NGC 2074 in the Large Magellanic Cloud. A small portion of the nebula near the star cluster NGC 2074 (upper, left). The region is a firestorm of raw stellar creation, perhaps triggered by a nearby supernova explosion. It lies about 170,000 light-years away near the Tarantula nebula, one of the most active star-forming regions in our Local Group of galaxies. The three-dimensional-looking image reveals dramatic ridges and valleys of dust, serpent-head 'pillars of creation,' and gaseous filaments glowing fiercely under torrential ultraviolet radiation. The seahorse-shaped pillar at lower, right is approximately 20 light-years long, roughly four times the distance between our Sun and the nearest star, Alpha Centauri. The region is in the Large Magellanic Cloud (LMC), a satellite of the Milky Way galaxy. This representative color image was taken on August 10, 2008, with Hubble's Wide Field Planetary Camera 2. Red shows emission from sulfur atoms, green from glowing hydrogen, and blue from glowing oxygen. 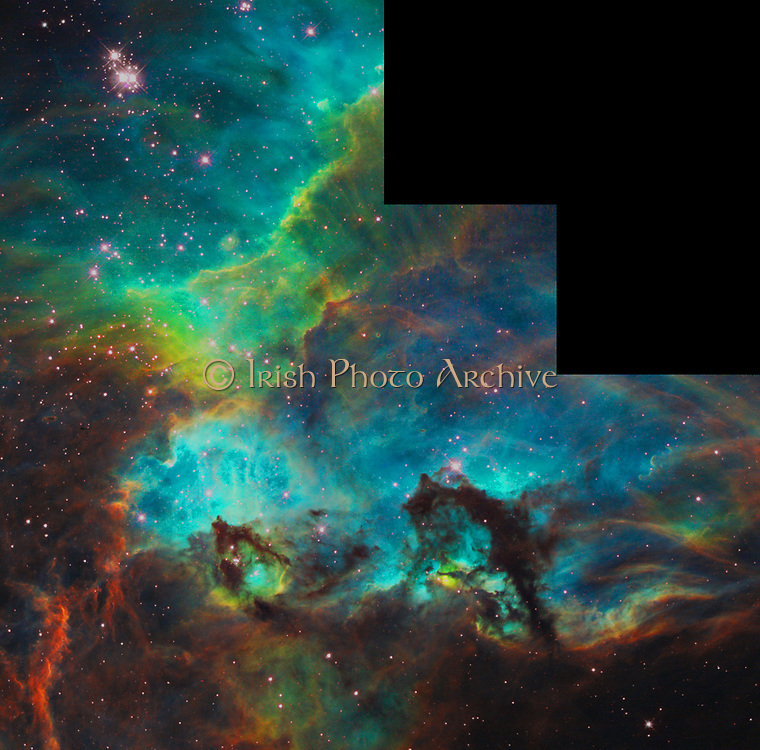