The role of the Nobility in Spain:Alfonso X (Toledo, Spain, November 23, 1221 – April 4, 1284 in Seville, Spain) was a Castilian monarch who ruled as the King of Castile, León and Galicia from 1252 until his death. He also was elected King of the Germans (formally King of the Romans) in 1257, though the Papacy prevented his confirmation. He established Castilian as a language of higher learning, founded universities (Salamanca and Toledo) and earned his nicknames 'el Sabio' ('the Wise' or 'the Learned') and 'el Astrólogo' ('the Astronomer') through his own prolific writings 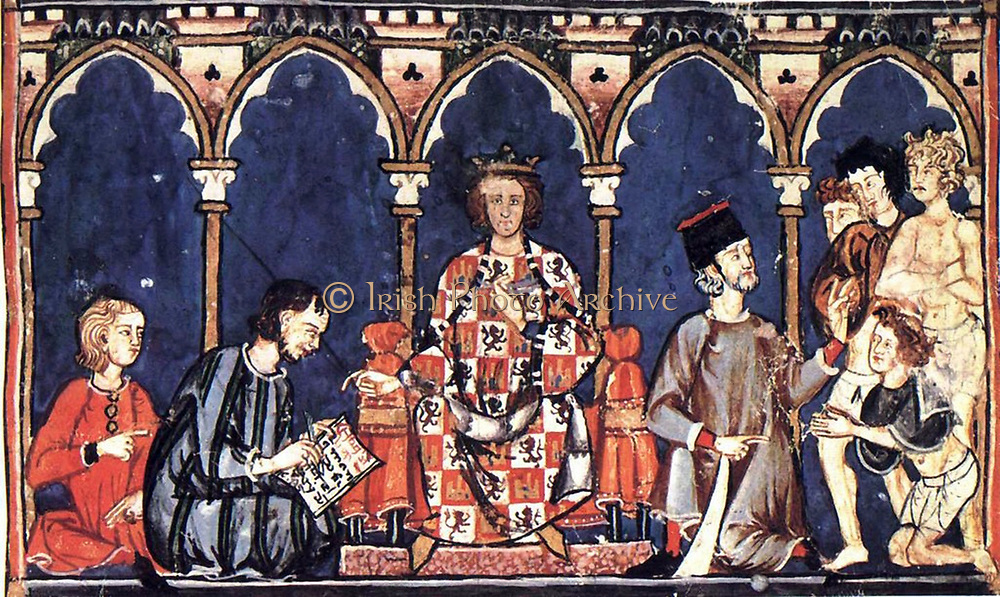