St Ultan's Hospital for Sick Children.13/01/1955..St Ultan’s Hospital was established in 1919 by Dr Kathleen Lynn and Madeleine ffrench-Mullen in response to socio-medical conditions in Dublin. It was not unusual for women to establish hospitals. This had happened in Britain and the United States in the late nineteenth century to facilitate women’s access to the medical profession. Women on missionary activity in India and China had established hospitals for the local population. Although the Ulster Hospital for Women and Children and the Belfast Hospital for Sick Children were established in 1873 by men, they provided employment for female doctors. International developments also motivated St Ultan’s founders, as they noted that Dundee, Manchester and London had opened hospitals for women. St Ultan's closed in 1984. 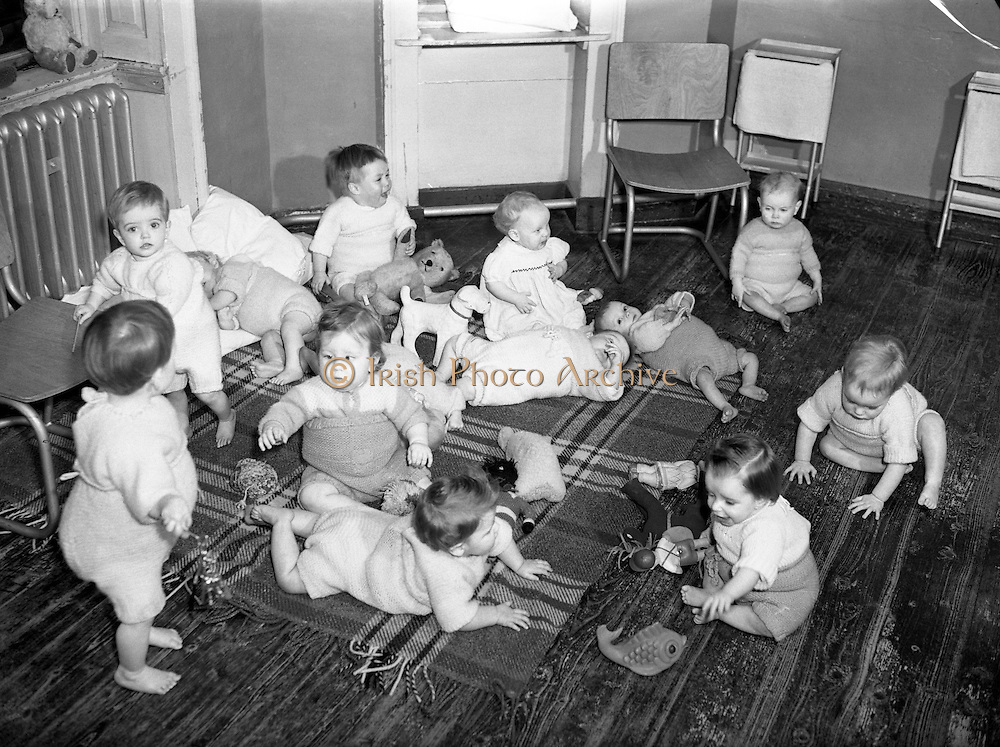