Reddish spots and shallow pits pepper the enigmatic ridged surface of Jupiter's moon, Europa, in this view combining information from images taken by NASA's Galileo spacecraft during two different orbits around Jupiter. The spots and pits visible in this region of Europa's northern hemisphere are each about 10 kilometres (6 miles) across. The dark spots are called 'lenticulae,' the Latin term for freckles. Their similar sizes and spacing suggest that Europa's icy shell may be churning away like a lava lamp, with warmer ice moving upward from the bottom of the ice shell while colder ice near the surface sinks downward. The image combines higher-resolution information obtained when Galileo flew near Europa on May 31, 1998, during the spacecraft's 15th orbit of Jupiter, with lower-resolution colour information obtained on June 28, 1996, during Galileo's first orbit. 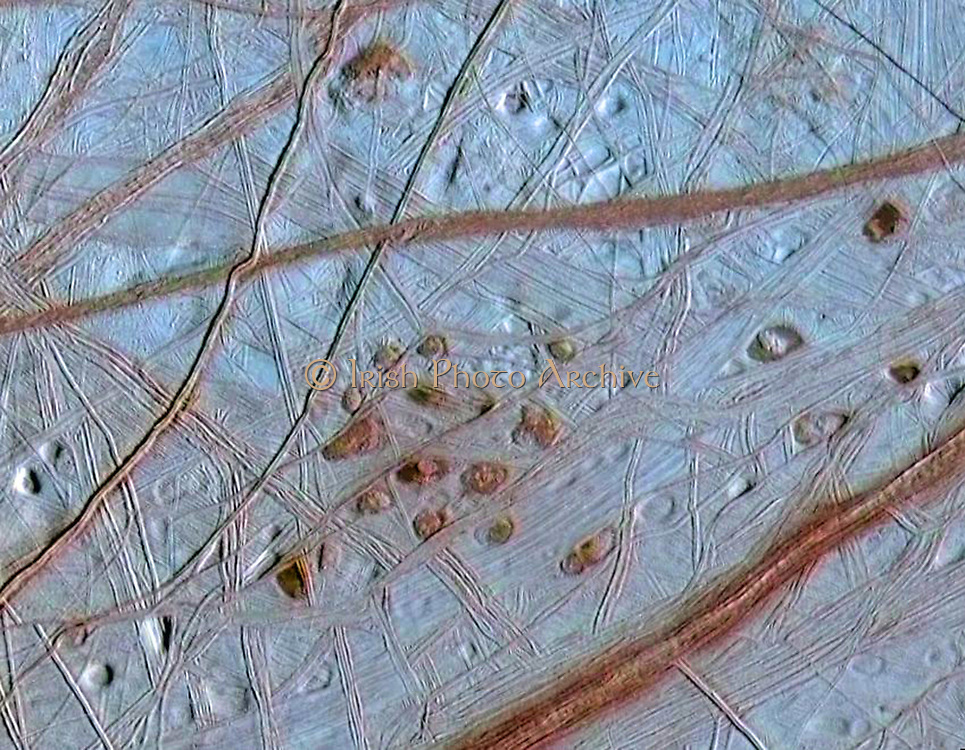