Garda Ceilidh Band - Special fo radio Review.31/01/1957..The Garda Band is a public relations branch of the Garda Síochána, and was formed shortly after the foundation of the force. It gave its first public performance on Dún Laoghaire Pier on Easter Monday, 1923. The first Bandmaster was Superintendent D.J. Delaney and he formed a céilí and pipe band within the Garda Band. In 1938, the Dublin Metropolitan Garda Band (based at Kevin Street) and the Garda Band amalgamated and were based at the Garda Headquarters in Phoenix Park..The band was disbanded in 1965. However to celebrate the 50th anniversary of the foundation of the Garda Síochána it was reformed in 1972..Besides providing music for official Garda functions (such as Graduation Ceremonies at the Garda College) the band undertakes a community orientated programme each year performing at schools, festivals and sporting events. It has a long association with Lansdowne Road for Rugby union and Soccer Internationals, as well as Croke Park and the G.A.A., the St. Patrick's Day Parade in Dublin and the Rose of Tralee Festival..In 1964 the band toured America and Canada under Superintendent J. Moloney, and has also traveled to international events and represented the country at police festivals and concerts in Switzerland, Germany and Northern Ireland. 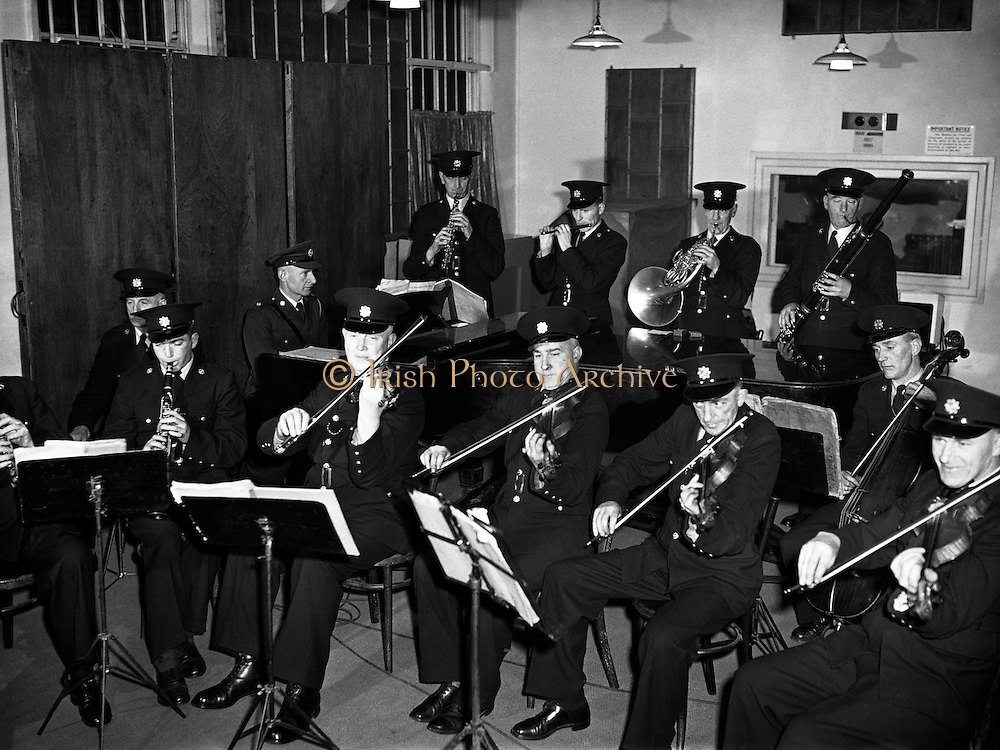