Typical enlarged spleen of a Malaria patient. Malaria is caused by a parasitic protozoa transmitted by the Anopheles mosquito, Until the 1930s the only effective treatment was the drug Quinine, an alkaloid obtained from the bark of the Cinchona tree, native of South America. Also called Peruvian bark for its country of origin, or Jesuits' bark as it was brought to Europe by Spanish missionary priests. 'Les Grands Maux et les Grands Remedes' ('The Principal Illnesses and Their Remedies'), Jules Rengade, (Paris, c1890). 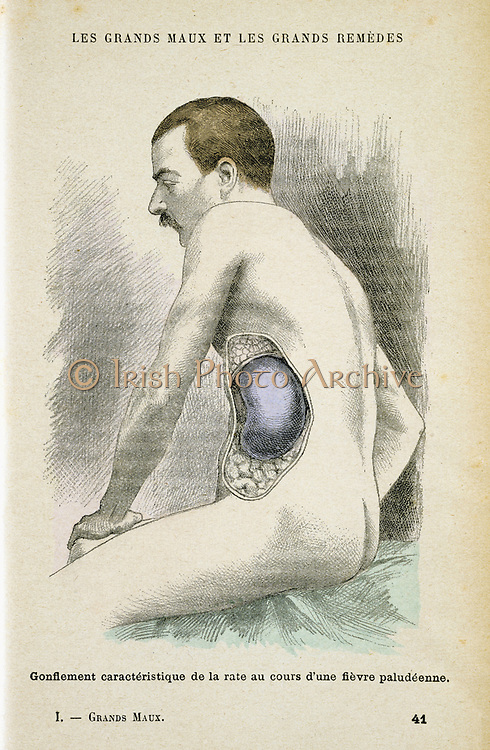