Harry Bradshaw - Christy O'Connor..1986..26.11.1986..11.26.1986..26th November 1986..To commemorate the anniversary of their winning of The Canada Cup in 1956 a presentation was made to Harry Bradshaw and Christy O'Connor. Mr Paul Keogh made the presentation on behalf of,sponsor,Kaliber Lager. The duo won the cup in Mexico City,Mexico..Image of Mrs Mary O'Connor and Mr Harry Bradshaw displaying the awards to commemorate the triumph of Harry and Christy in The Canada Cup of Golf in 1958. They won the cup in Mexico City,Mexico. Mrs O'Connor represented her husband Christy who was unable to attend. 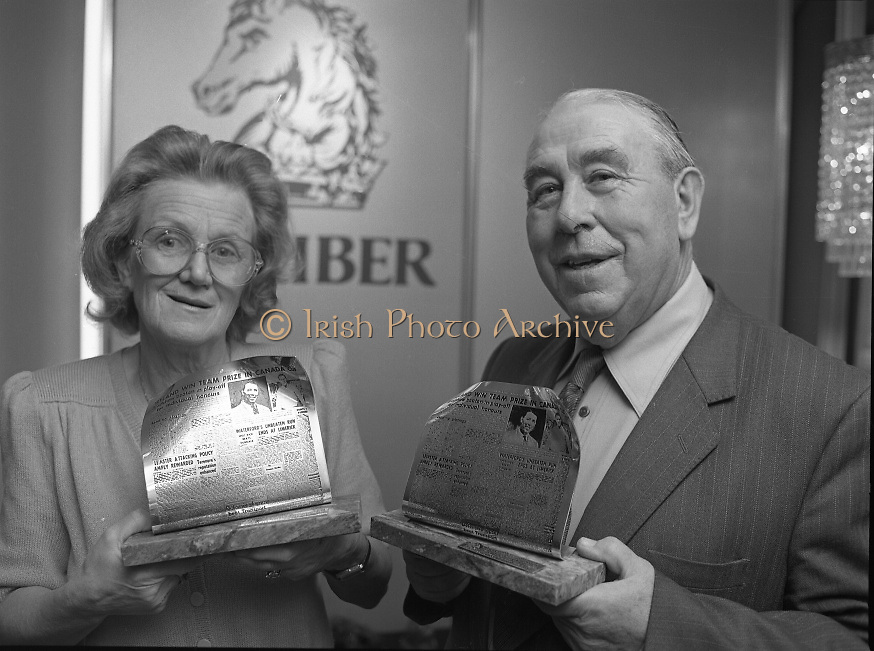