Filming at Sally Gap, Co. Wicklow - Robert Mitchum and Richard Harris . 'The Night Fighters'.12/07/1959..The Film - A Terrible Beauty (aka The Night Fighters) is a 1960 drama film, directed by Tay Garnett and starring Robert Mitchum and Richard Harris. It was adapted from a novel of the same name, written by Arthur Roth..Dermot O'Neill (Mitchum), is an Irishman who desires to free Ireland from Britain and joins the IRA. His friend, Sean Reilly (Harris), is devoted to the cause and all the violence, but O'Neill has growing qualms about the methods of violence.. 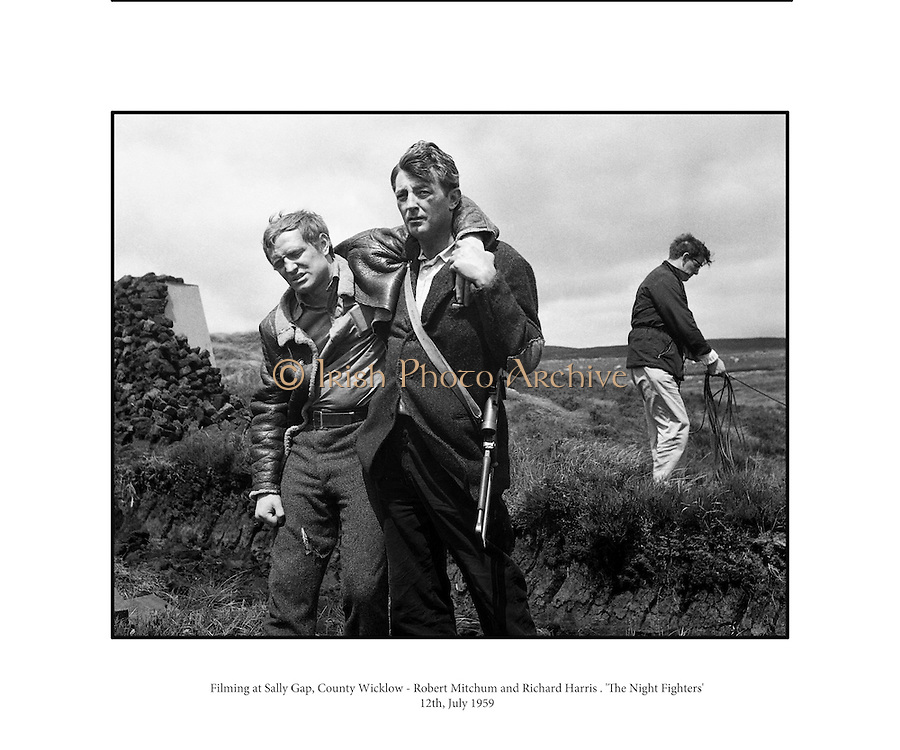