A dense wall of dust barrelled across the Arabian Peninsula on March 26-27, 2011. The massive storm stretches more than 500 kilometres (300 miles) across the peninsula, covering parts of Saudi Arabia, Yemen, Oman, and the United Arab Emirates. This pair of images from the Moderate Resolution Imaging Spectroradiometer (MODIS) shows the storm’s progression in a 22-hour period. The MODIS sensor on NASA’s Aqua satellite captured the top image on March 26, and MODIS on NASA’s Terra satellite captured the bottom image on March 27.On March 26, the storm stops short of Oman and Yemen, and the opaque mass of dust is bordered by crystal-clear skies to the south. Some plumes blow across the Persian Gulf toward Iran. 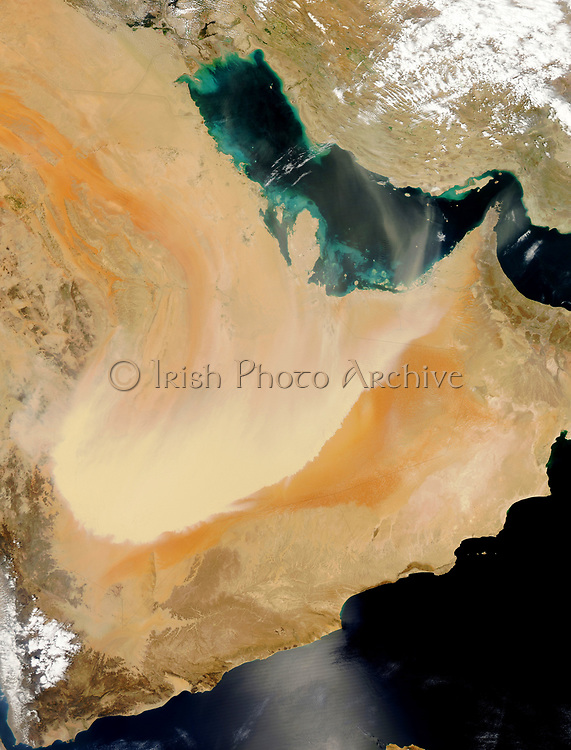