Fr Niall O'Brien says Thanksgiving Mass.1984..16.07.1984..07.16.1984..16th July 1984..In celebration of his safe homecoming from the Philippines,Fr Niall O'Brien said a thanksgiving mass At Newtownpark Ave,Blackrock,Dublin. Along with two other priests and six lay people,Fr Niall was falsly accused of multiple murders.They became known as "The Negros Nine".After President Reagan visited Ireland,The American government put pressure on the Marcos regime and all charges were dropped and all were fully exonerated...Image of Fr Niall O'Brien as he address a packed congregation from the altar...Note; Fr O'Brien, who was born in Dublin in 1939,died in Pisa, Italy in 2004 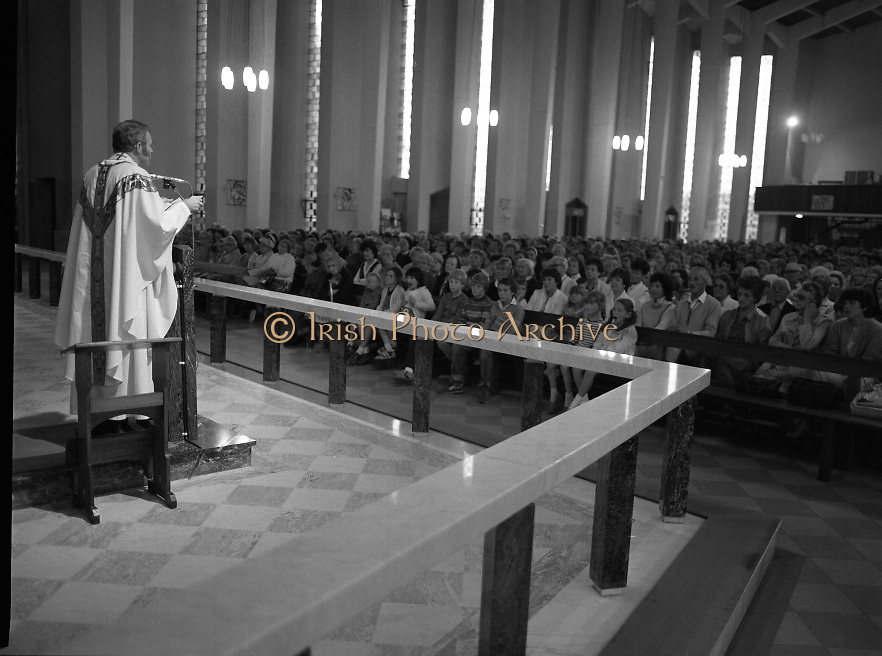