Haughey and Blaney leave the Bridewell D478.
1970.
28.05.1970.
05.28.1970.
28th May 1970.
In the aftermath of the arms to the North scandal Mr Charles Haughey TD and Mr Neil Blaney TD were charged in connection with the alledged offence. they were officially charged at the Bridewell in Dublin and were then released on bail pending trial.
Image shows Neil Blaney being mobbed by reporters as he leaves the Bridewell after being released on bail. 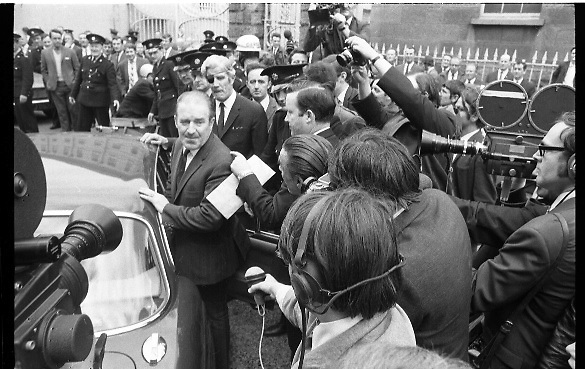