The S.A.S.at the Special Criminal Court. (K93)..1977..07.03.1977..03.07.1977..7th March 1977..Owing to what appared to be a map reading eeror, 8 S.A.S.soldiers of the British Army crossed over into the Republic of Ireland. The soldiers were arrested by the Irish security forces and taken into custody. Despite political pressure the D.P.P. Eamon Barnes decided to prosecute them for possession of firearms with intent to endanger life. The trial which lasted two days resulted in the soldiers being acquitted on the most serious charges but were fined £100 on lesser charges. Before the trial it was feared that there would be friction between the Irish Government,under Liam Cosgrave, and the British Government under James Callaghan..Image shows the heavy military escort as the accused arrive at the Special Criminal Court in Green Street,Dublin. 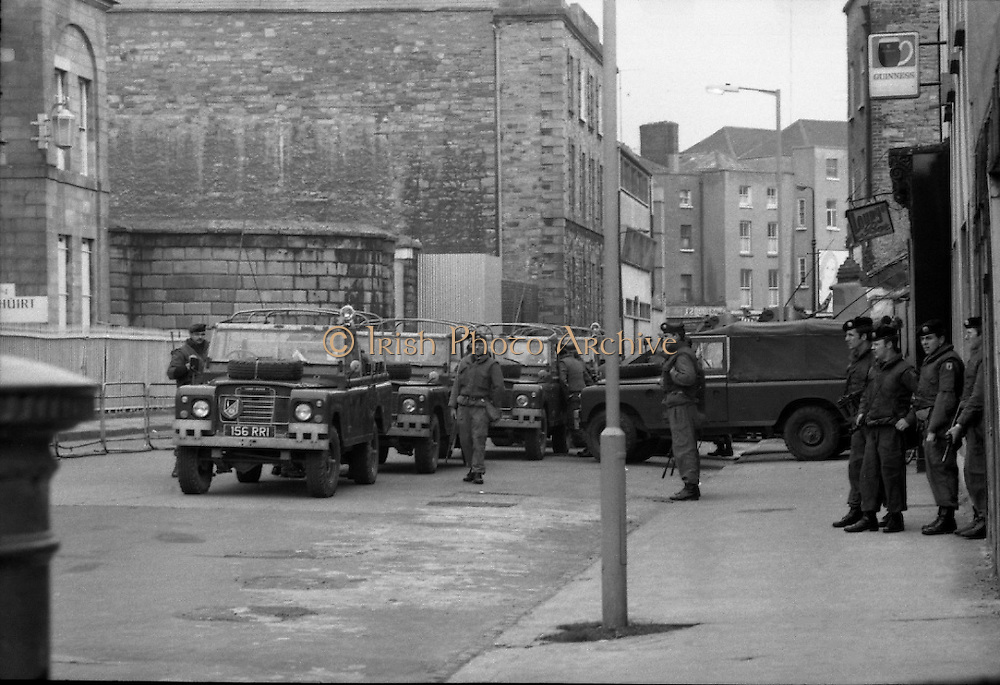