Funeral of the Most Rev. Alberto Levame, Apostolic Nuncio to Ireland..09/12/1958

Filename
A888-6080 Funeral 3in.jpg
Copyright
SKP AND ASSOCIATES LTD trading as Lensmen & Associates understands that you have read and accepted our terms and conditions. It is important to note that under the Copyright and Related Rights Act, 2000. The copyright of any photograph or image or ''Works
Image Size
3600x3000 / 2.2MB
Apostollic Nuncio Dublin Obituary Black and White Photography Irish Photo Archive Irish Alberto Levame Images Religion Ireland Religious Funeral Archbishop 1958 Dodge hearse
Contained in galleries
The 1950s Ireland in Pictures 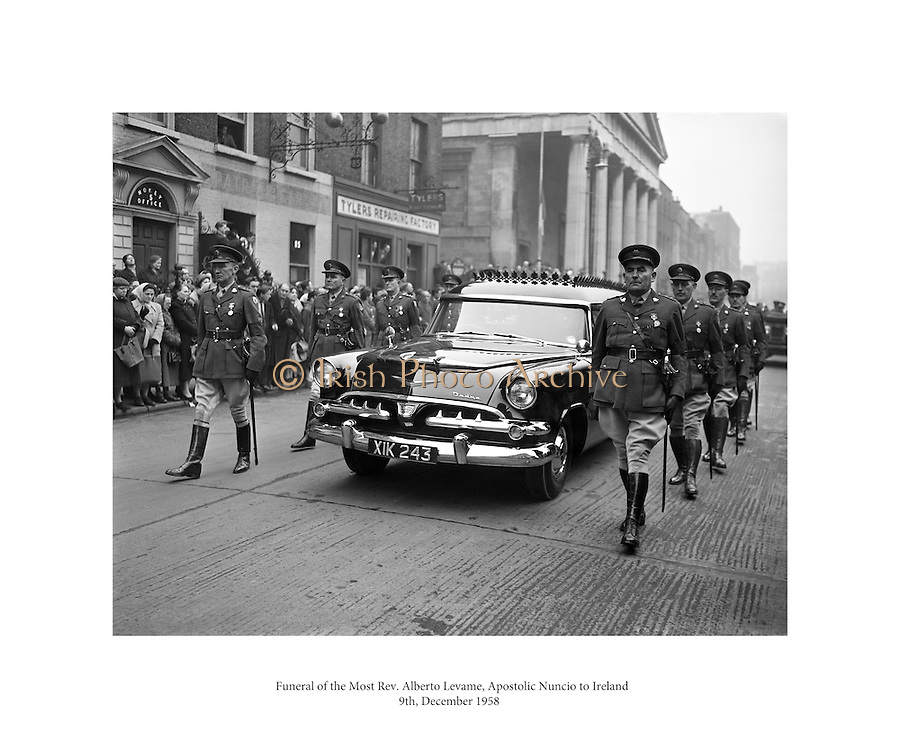