Mr Liam Cosgrave,Leader of Fine Gael,at Vote Count. (E48)1973..01.03.1971..03.01.1973..1st March 1973..As the ballot boxes were opened in Dun Laoghaire Town Hall, Mr Cosgrave and his supporters watched as the voting papers were piled high. The vote was as the result of an often hectic General Election campaign. Mr Cosgrave was hoping his party would garner enough votes to oust the sitting Fianna Fail Government which had held power for sixteen years...Photograph taken as the votes for the respective candidates are arranged into pigeon holes. 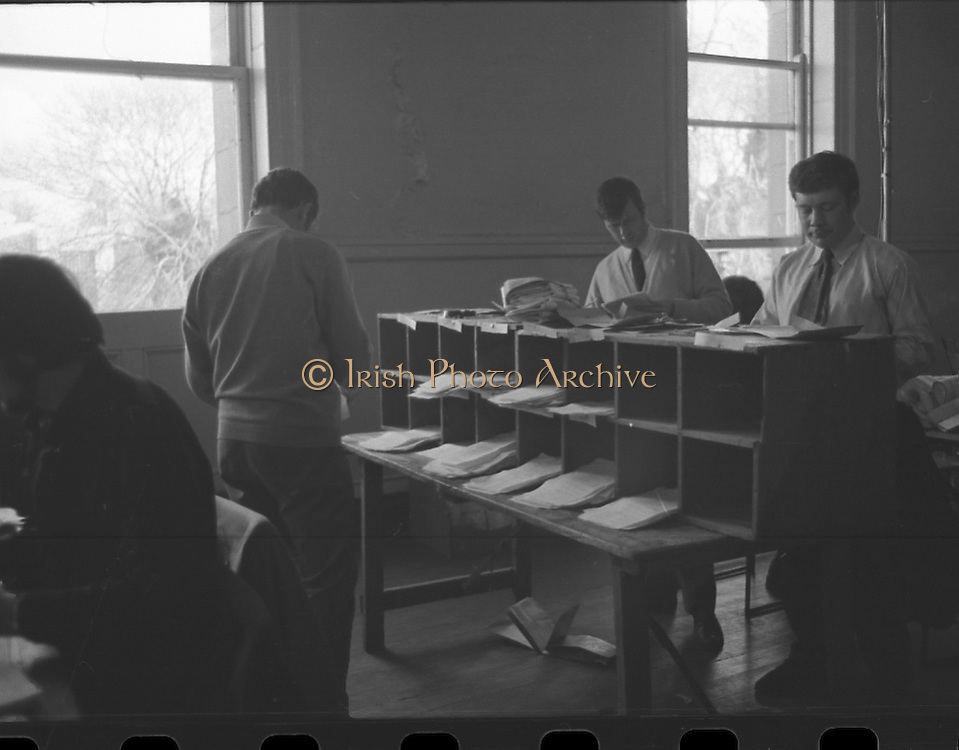