Mr M J Corry TD, Cork, Addressing the Irish Sugar Beet Growers Meeting. 10/10/1956. Martin John Corry (12 December 1890 – 14 February 1979) was a farmer and long-serving backbench Teachta Dála (TD) for Fianna Fáil. He represented various County Cork constituencies covering his farm near Glounthaune, east of Cork city. He was a founder member of Fianna Fáil in 1926, and among its first TDs after the June 1927 general election. He was returned at every election until he stood down at the 1969 election. Corry was active in farming issues, serving as Chairman of the Beet Growers’ Association in the 1950s. In 1966, upon the resignation of Seán Lemass as Fianna Fáil leader and Taoiseach, Corry was among the Munster-based TDs who approached Jack Lynch to be a compromise candidate for the party leadership. 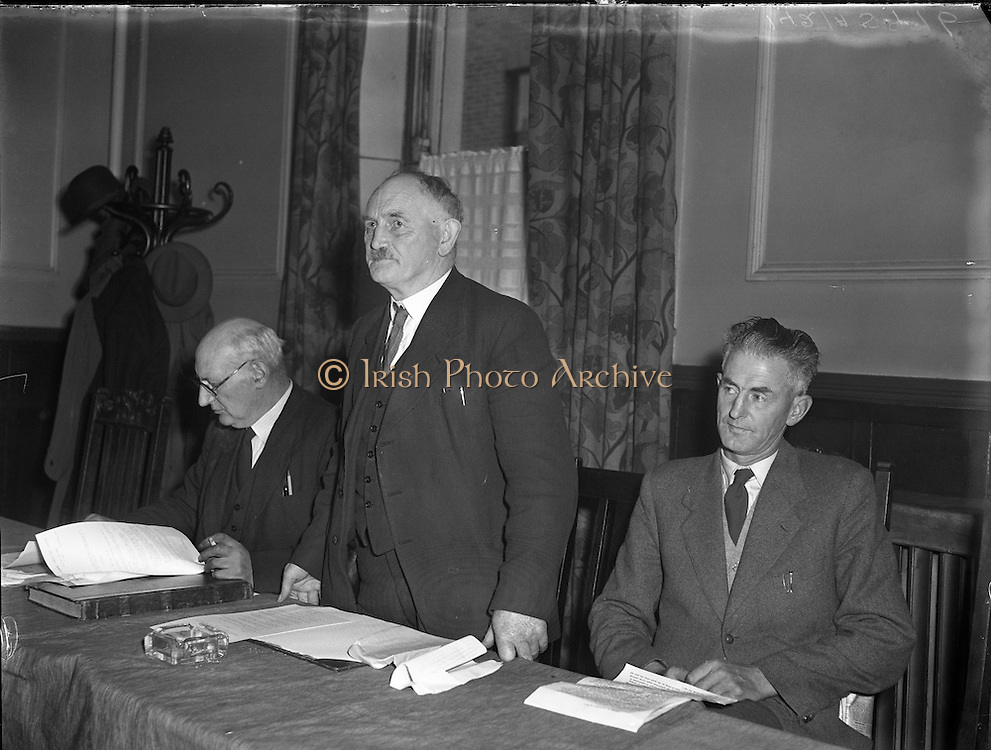