People Of The Year Awards.1984..26.11.1984..11.26.1984..26th November 1984..The Tanaiste and Minister For Energy,Mr Dick Spring, presented a silver medallion and a scroll to eight men and one woman who were deemed to be "People of the Year"..The nine were selected by a panel of media editors.The awards were sponsored by New Ireland Assurance,Plc and presented at The Burlington Hotel,Dublin.The winners were:..Mr John Bermingham for his work in rehabilitating the physically and mentally handicapped..Ms Maeve Calthorpe for inspired work with the blind and visually impaired..Mr John Hume for his contribution to peace,democracy and the new Ireland Forum..Mr Patrick O'Connell, for fortitude in the face of grave illness and for fund raising..Drs Prem Puri and Barry O'Donnell,for their contribution to Medical Science..Mr Michael O'Hehir, for his contribution to broadcasting..Mr Fergal Quinn, for dynamic management in the public and private sectors..The special adjudicators award was given to Mr John Parker for his work in revitalising Harland and Wolff shipyard...Image of Mr John Hume chatting with Mr John Parker after the presentation of the awards.. 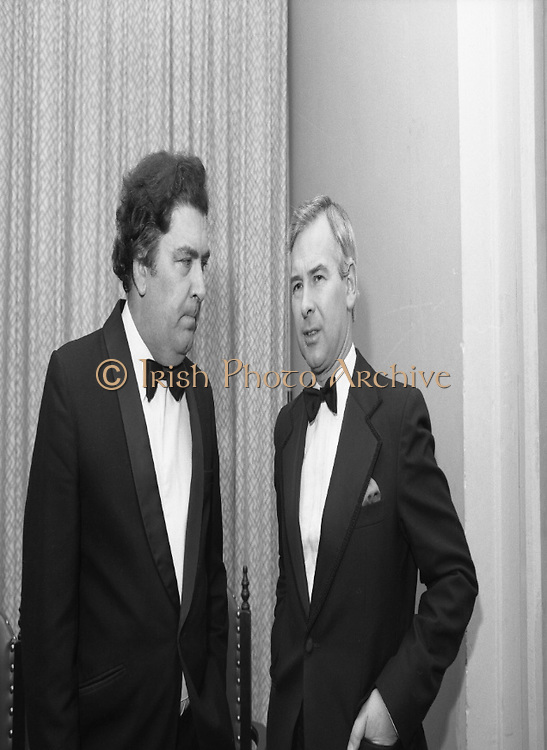