Arrival from new York of Barry Fitzgerald and J. J. O'Leary and Jack Feeney (John Ford).02/05/1959..Barry Fitzgerald (10 March 1888 - 14 January 1961) was an Irish stage, film, and television actor...J.J. O'Leary was Fitzgerald's best friend, the owner of a printing works...John Ford (February 1, 1894 - August 31, 1973) was an American film director. He was famous for both his westerns such as Stagecoach, The Searchers, and The Man Who Shot Liberty Valance, and adaptations of such classic 20th-century American novels as The Grapes of Wrath. His four Academy Awards for Best Director (1935, 1940, 1941, 1952) is a record, and one of those films, How Green Was My Valley, also won Best Picture..In a career that spanned more than 50 years, Ford directed more than 140 films (although nearly all of his silent films are now lost) and he is widely regarded as one of the most important and influential filmmakers of his generation. Ford's films and personality were held in high regard by his colleagues, with Ingmar Bergman and Orson Welles among those who have named him as one of the greatest directors of all time..In particular, Ford was a pioneer of location shooting and the long shot which frames his characters against a vast, harsh and rugged natural terrain..Ford was born John Martin "Jack" Feeney (though he later often gave his given names as Sean Aloysius, sometimes with surname O'Feeny or O'Fearna; an Irish language equivalent of Feeney). The man named as John Feeney in that shot is not John Ford the film director (born John Feeney).
The man in the shot is John Feeney (1903 – 1967) born in Swinford, Co. Mayo, he had a successful career as a professional tenor and radio presenter in the US.
Harry Bradshaw Info 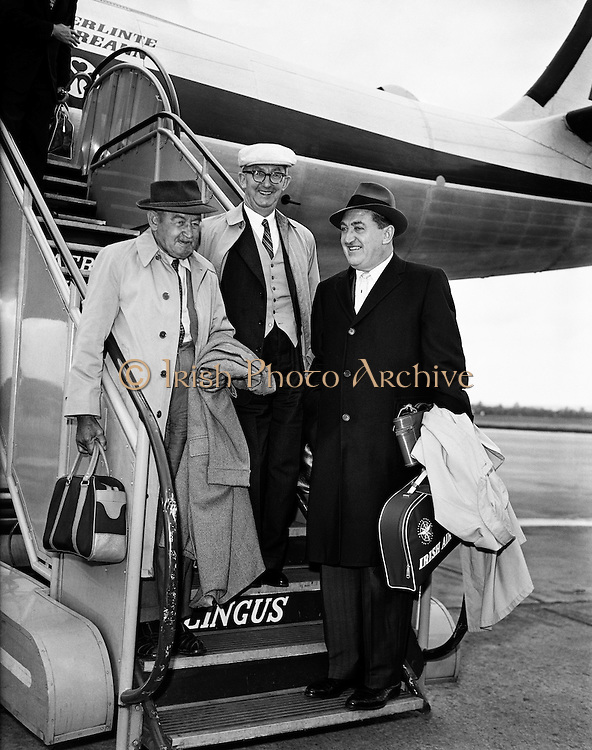