Gaeltacht protest for Harry Corduff in Mountyjoy .25/04/1957 ..Ceathrú Thaidhg is a Gaeltacht village and townland on the Dún Chaocháin peninsula in northwestern County Mayo, Ireland. It is within Kilcommon parish in the barony of Erris. Carrowteige is a relatively small townland with an acreage of just 403 acres...In the 1950s the roads through Dún Chaocháin were in terrible condition. Having failed to draw the County Council's attention to the matter a Kilcommon man, Harry Corduff, national schoolteacher refused to pay his road taxes. He was imprisoned in Mountjoy Jail for a week. Public support for his cause was great and promoted many protests of support.. 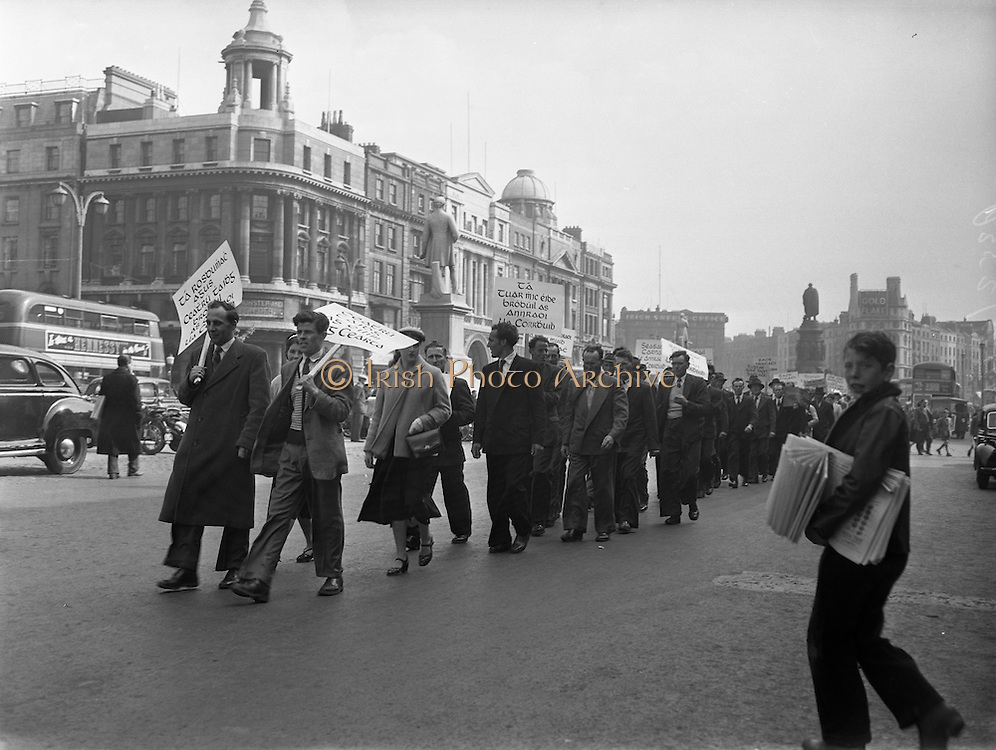