The loss of SS Titanic, 14 April 1912: Prayers at the scene of the disaster. The White Star Line chartered the cable-laying vessel Mackay-Brown to recover bodies and debris from the wreck of SS Titanic. The vessel carried morticians and mortuary equipment and the remains recovered were landed at New York. Here the crew stand solemnly as prayers are said for those lost. SS Titanic struck an iceberg in thick fog off Newfoundland. She was the largest and most luxurious ocean liner of her time, and thought to be unsinkable. In the collision five of her watertight compartments were compromised and she sank. Out of the 2228 people on board, only 705 survived. A major cause of the loss of life was the insufficient number of lifeboats she carried. From 'Le Petit Journal'. (Paris, 5 May 1912). 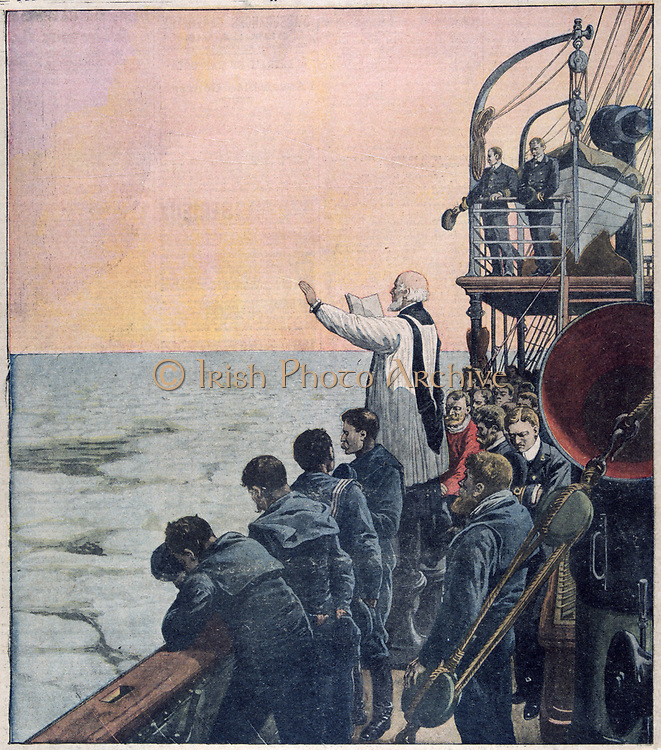